IN February 22, 2019 BY witnessradio.org 1239 views Leave a comment
Technology 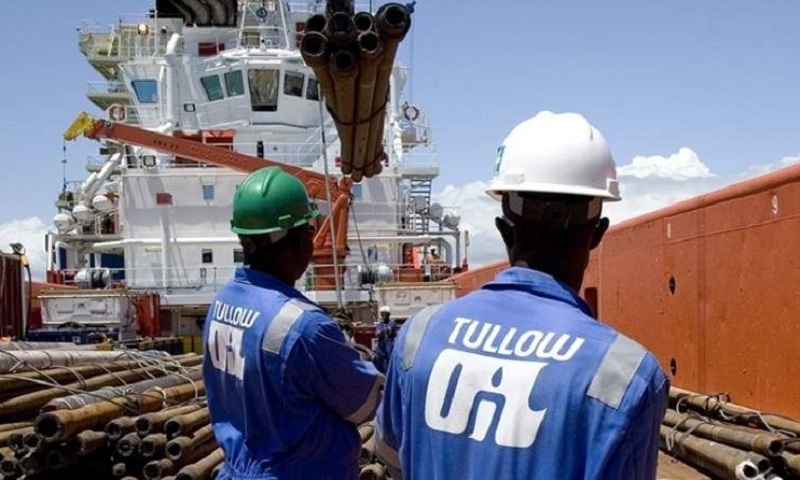 Kampala. British Oil firm Tullow is set to formally exit active operations in Uganda, after agreeing to a payment plan for taxes on its farm-down to Total E&P.
The company agreed to pay $167m in capital gains tax to Uganda Revenue Authority (URA), clearing a hurdle that government had erected for consent to its exit plans.

The development follows close to two years of haggling over the tax.
Initially, URA assessed the tax at $300m over all of Tullow’s assets valued at $900m, but the oil firm said that the transaction wasn’t taxable.

Since then, there have been negotiations over the amount, which finally came down to $167m.
Last month Tullow Oil and Total E&P chief executives and President Museveni met in Entebbe where outstanding issues on the disputed tax were resolved.

Although the tax matter was in respect of Tullow, Total took a hand in order to help reach a conclusion.
Sources familiar with the matter said Total agreed to meet part of the tax without giving a breakdown.
“Tullow has agreed on the principles of the capital gains tax on its $900m farm-down to CNOOC [China National Offshore Oil Company] and Total. The government and partners are now engaged in discussions to finalise an agreement reflecting this tax treatment that will enable the completion of the farm-down,” notes published along Tullow’s 2018 full-year results, read in part.
On January 1, 2017, Tullow announced it had signed a sale purchase agreement with Total E&P to transfer 21.57 per cent of its 33.33 per cent stake in the joint venture partnership, which includes CNOOC. Tullow will now own a stake of 11.7 per cent.
In March 2017, Tullow experienced the first hurdle in the bid to sell its shares to Total when CNOOC exercised its pre-emption rights and demanded half of the shares that were traded to Total after the parties had concluded agreements. The process was restarted to accommodate CNOOC’s demands.

That was the easy part. The difficult part was how CNOOC and Total would operate blocks formerly under Tullow. That discussion was lengthy and was only resolved after government mediated between the two.
In the meantime, Tullow applied for a private ruling to understand whether the proposed transaction was taxable.
URA responded in the affirmative and went on to assess the taxes, which resulted in a disputed amount.
“The Tullow farm-down has been resolved; so it is no longer an issue,” said Mr Peter Muliisa Uganda National Oil Company legal officer.

Uganda has 6.5 billion barrels of oil, with between 1.4 billion and 1.7 billion recoverable in the 40 per cent explored areas of Albertine Graben.
When the farm-down is finally over, Tullow anticipates to receive a cash payment of $100m.
Another $108 million has been deferred for the pre-completion period. A further $50 million of cash consideration will be received upon the final investment decision.
Tullow will reinvest the remaining money in the upstream operations and the East African Crude Oil Pipeline as its share contribution.

Tullow planned to sell a greater stake in Uganda so as to free financial resources to enable it to continue with its operations in Kenya.
This development implies that Tullow will spend a small fraction of its planned $570 million African investment this year in Uganda.

In Kenya
In Kenya, Tullow plans to reach a final investment decision on the South Lokichar basin by the end of 2019, with a projected production for 2022. This, however, will require several key milestones stones, including land acquisition, commercial frameworks and contract wards. An exploration appraisal confirmed that the South Lokichar basin contains 240 million to 560 million barrels of oil, with 1,230 million barrels recoverable.