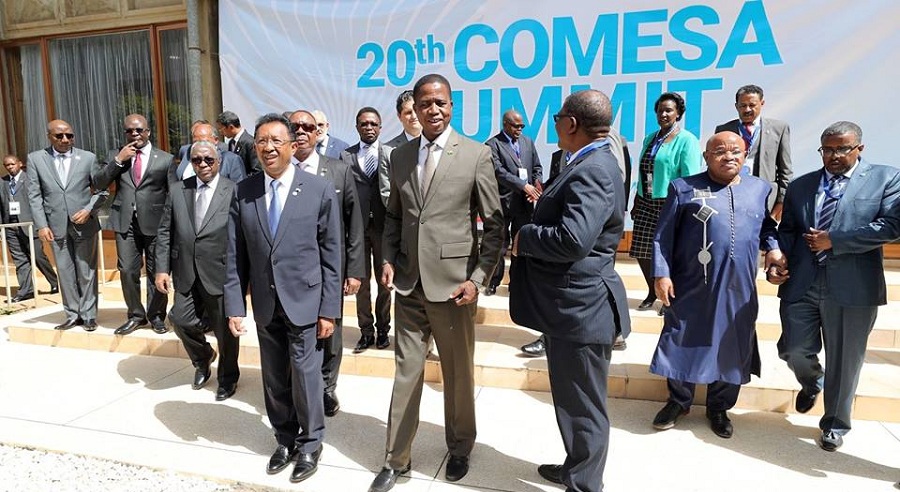 A new report pins African governments for succumbing to pressure to join regional agreements on intellectual property, trade and seed, such as COMESA and SADC benefiting from corporations and the industrial seed system.

COMESA is the Common Market for Eastern and Southern Africa is a free trade area with twenty one member states stretching from Tunisia to Swaziland. COMESA was formed in December 1994, replacing a Preferential Trade Area which had existed since 1981 while the Southern African Development Community (SADC) is an inter-governmental organization headquartered in Gaborone, Botswana. Its goal is to further socio-economic cooperation and integration as well as political and security cooperation among 16 southern African states among others.

Produced by GRAIN, the report revealed that Africa is being promoted as an emerging and profitable market, the ‘last frontier’ for global agribusiness and industrial system of production of agricultural commodities that target to replace farmers’ biodiverse food varieties with genetically uniform monocultures of industrial seeds such as maize, soyabean, wheat, commercial vegetables and flowers.

Working to support small farmers and social movements in their struggles for community-controlled and biodiversity-based food systems, GRAIN further states that multiple influences of colonization, commerce and corporations are eroding these localized, biodiverse food systems through the aggressive imposition of industrial commodity production, often destined for export.

“Farmers’ seed systems being eliminated underpin the diverse, localized agro-ecological food systems, the “peasant food webs” that feed more than 80% of the people in sub-Saharan Africa” the report reads in part.

On the legal protection, the report revealed that industrial seeds and the interests of  companies that produce them are protected by perverse laws and other state- and corporate-controlled measures, such as monopoly control over seeds.

“While farmers’ local seed systems are feeding most people in Africa, increasingly powerful seed companies, now merging into mega-corporations, are pressing African policymakers to accelerate the uptake of their industrial seeds through “formal” seed systems. To achieve this dominance, the corporations require protections and incentives both nationally and regionally.