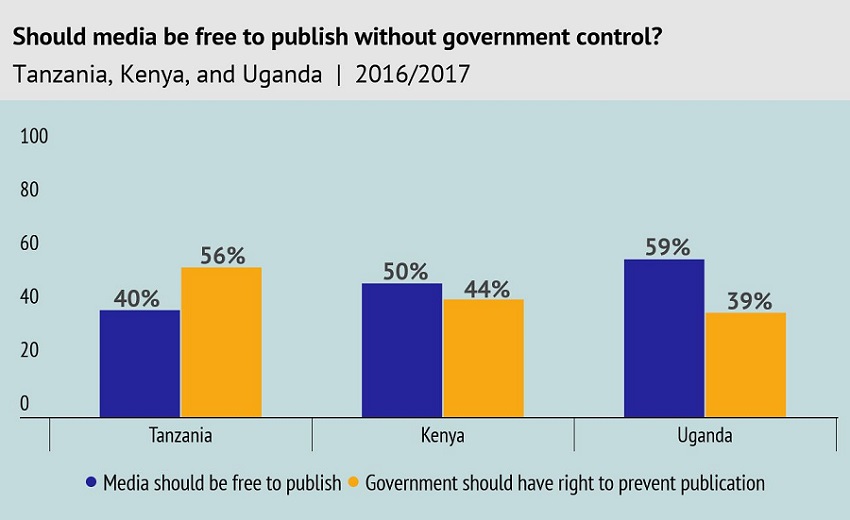 Recent Afrobarometer surveys show that the proportion of respondents who say the government “should have the right to prevent the media from publishing things that it considers harmful to society” has risen sharply in Tanzania and Uganda, and more modestly in Kenya, over the past five years. At the same time, fewer citizens say they feel free to express their opinions.

Based on data collected in 2016/2017, these trends predate some of the latest government efforts to limit the flow of information in these East African countries. Media-freedom activists have expressed grave concerns about a series of recent government moves, including: