IN January 17, 2018 BY witnessradio.org 4012 views Leave a comment
Livelihood 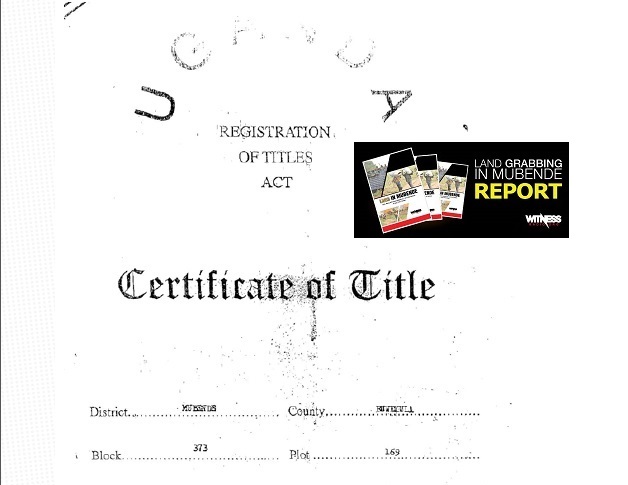 witnessradio.org‘s latest findings indicate that land titles in Mubende being used by businessmen to evict local communities off their land target more than the district’s land size.

According to witnessradio.org report released on 16th/Jan/2018,  the use of guns, money and power grabbed over 1,975,834 hectares of land; broke families in Mubende district only in 2017.

The witnessradio.org investigations’ team, said the research was specifically focused on land titles that were in public domain targeting community land; with objective to study how much land is being targeted, monitors and document methods of evictions and recording number of families affected.

“We did not cross-check the authenticity of land titles that were reviewed during our investigations. We carried out a random collection of titles being fronted to communities by land grabbers as a basis to violently evict native communities off the land they have lived on for decades” said Geoffrey Wokulira Ssebaggala, Executive Director, witnessradio.org

However according to official records from Uganda land commission, Mubende’s land size is 1,814 square miles well as the documented land size as per land titles witnessradio.org obtained are 7628 square miles after converting grabbed land hectares to square miles of land.

The investigations team further cited an example where some land title transfers and payment were conducted on weekends. A case in point is a lease offer of 200 hectares given to Godfrey Kabagambe, Sam Kasamunyiga and Siraje Kanamugire was processed on 8th/September/1996 and payment made on 15th/September/1996, which were both Sundays.