LivelihoodDisband Mubende district Land board- Witnessradio.org demands in a petition to the district speaker

IN January 25, 2018 BY witnessradio.org 1593 views Leave a comment
Livelihood 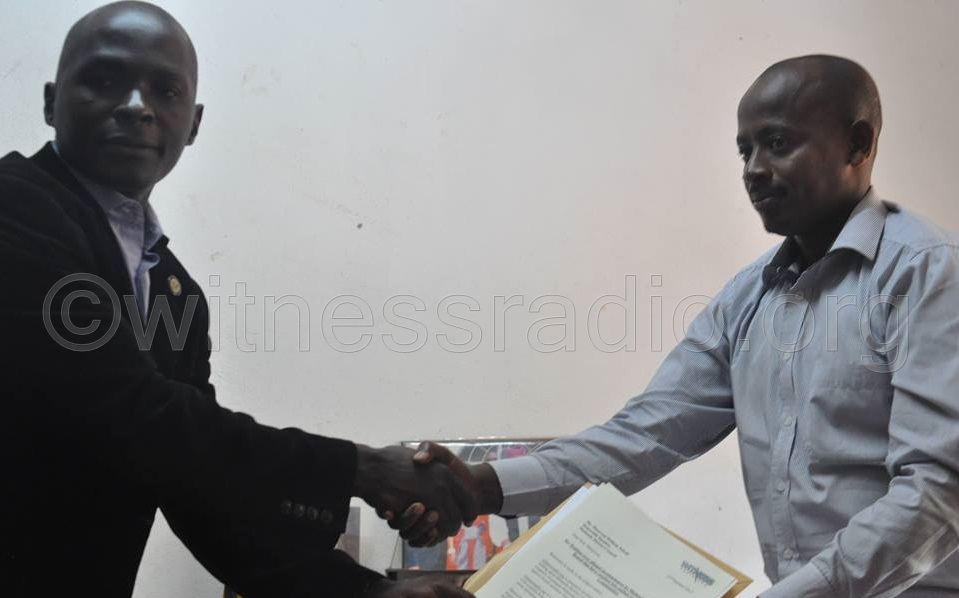 Witnessradio.org a non- governmental organization wants Mubende district land board disbanded and immediate investigations into those responsible for the displacement of native communities.

The organization says the board is responsible for issuing multiple land titles, loss of communities’ land, violent land evictions, loss of property, human rights violations committed against native communities, loss of lives and sense of belonging to natives among others.

As a result of this, over 190,000 families have been broken and about 2M hectares of land grabbed by highly connected businessmen who use guns, power and money.

The executive Director Witnessradio.org, Mr. Wokulira Ssebaggala says that the board has failed on its duty to protect natives and instead given out their land to businessmen.

“Please note that the number of hectares being mentioned in the our findings was captured from land titles in public domain and being used to evict local communities by businessmen, despite the land being far more than the district land size”. Ssebaggala said.

“We also want this independent team created to study all land titles issued by the current board and cause interfaces with communities that lived or living on that land and later recommend that these communities be re-instated”. He adds.

Ssebaggala was accompanied by Madudu district councilor Fred Balongo who pinned the former RDC Florence Beyunga of conniving with the land grabbers to fleece natives of their land.

“I tried to fight to see to it that this matter is presented to council, but it was defeated on grounds of quorum after the RDC bribed some councilors who didn’t turn up, the biggest problem here is corruption and it is failing everything” Balongo said.

Meanwhile one of the victims of the evictions Naalongo Annet Nanyonjo whose husband is still in jail says the grabbers have used courts of law to keep the bread winners behind bars as they complete their mission of taking over their land.

“My husband was arrested from home and charged with murder and aggravated robbery as people from FOMASA tree planting company took our land, he remains in jail up to now”.

Receiving the petition, the district speaker William Museveni Ndooli promised to handle the matter although he didn’t commit himself on the release of those arrested saying it would be contempt of court.

He said that as the district leaders, they are aware that the land problem is bigger and will follow it to the end.