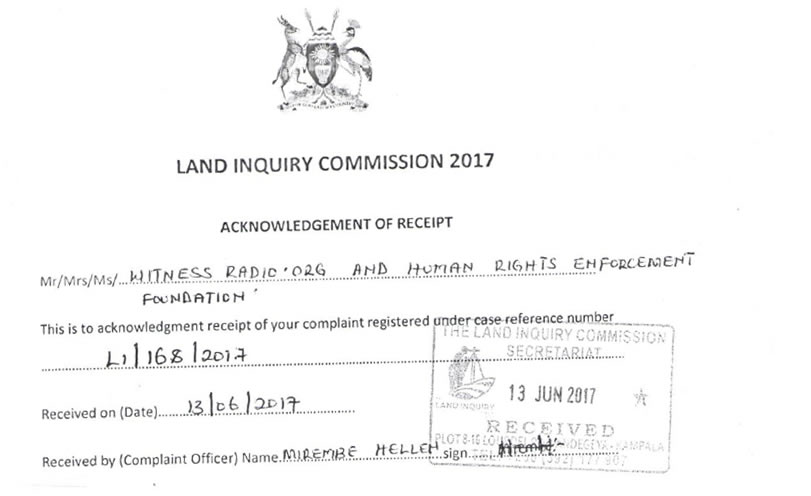 The Witnessradio.org and Human Rights Enforcement Foundation (HUREF) have reported that land grabbing is becoming a complex issue to indigenous communities in grater Mubende area. The advocates allege that key leaders in the area including the Office of the Resident District Commissioner (RDC), the army and police connive through providing protection to individuals and or companies to forcefully grab people’s land and evict them without the due process of the law. The RDC’s Office is supposed to be a representative office of the President in a District and the person who holds it heads the security committee in the district. However, in the case of Mubende, this office has variously been cited in land disputes, which has turned the office into a source of insecurity and instability.

The petition that contains five (5) cases to explain the gravity of land grabbing and eviction in the district observes that over 30 square miles of land with over 10,000 families has been or is being grabbed by hitherto unknown individuals in the district. The petition further narrates how this has had serious effects on community lives and livelihoods, leading to hunger and starvation, imprisonment of community leaders who stand up to oppose the unlawful land acquisition, and has caused school dropouts of children of victim families, early marriages and early pregnancies plus broken marriages, among others.