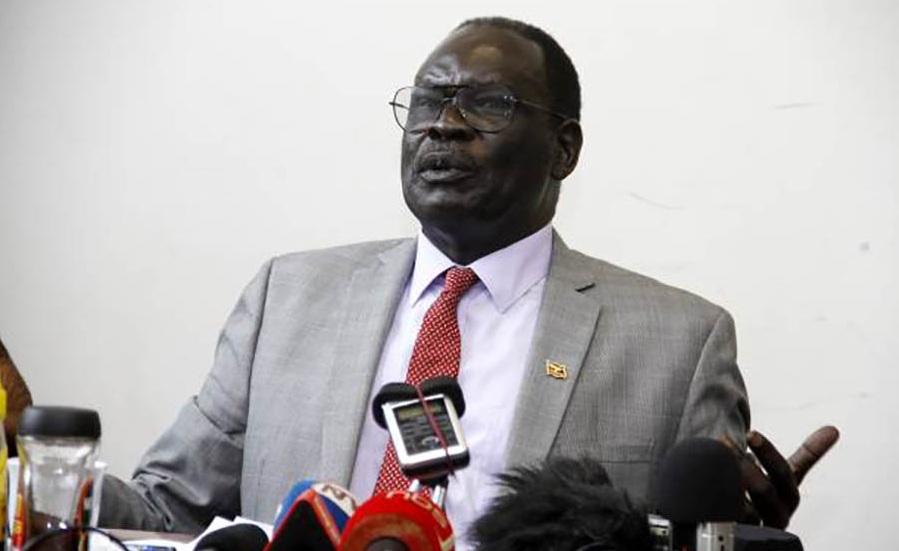 Minister Onek appears before the Commission of Inquiry into Land Matters in Kampala yesterday. PHOTO BY EPHRAIM KASOZI

KAMPALA- The Commission of Inquiry into Land Matters has asked Refugees minister Hilary Onek and ex-Tooro Kingdom premier Stephen Irumba to amicably resolve their differences over ownership of a 200-hectare in Kyegegwa District.

It is alleged that in 2016, senior officials in the Office of the Prime Minister violently evicted Mr Irumba and destroyed his property to settle Ugandans expelled from Tanzania on what the government said was part of Kyaka I Refugee Settlement.

Mr Irumba told the Commission in March that he lost at least 100 cattle during the raid.
Justice Catherine Bamugemereire, the Commission chair, yesterday said the impugned decision should be discussed without “emotions and anger”.

“…I think it is not enough for us to understand that there was a mishap and miscommunication. I think it is important that we find a way forward,” she said.

Minister Onek, who appeared before the Commission yesterday, a week after being summoned, said there was no personal or official conflict between him and Mr Irumba.
“Our ministry is convinced with advice from the ministry of Lands that the land belongs to the government,” the minister said.

Justice Bamugemereire had raised concern about the public spat by the duo over the matter and questioned why OPM did not ask the Attorney General to challenge Mr Irumba’s claims on the land title in court.

The minister revealed that Mr Irumba attacked him during a telephone conversation over police deployment on OPM’s request to keep law and order during resettlement of the displaced persons.

Justice Bamugemereire said a negotiated settlement was a better way to resolve the dispute.
Minister Onek insisted that at the time of gazettement, Kyaka Refugee Settlement was originally measuring 75 square miles but reduced to 54 square miles and later 48 square miles due to encroachment.