LivelihoodAgribusiness on rise in north Uganda region where rebels fought 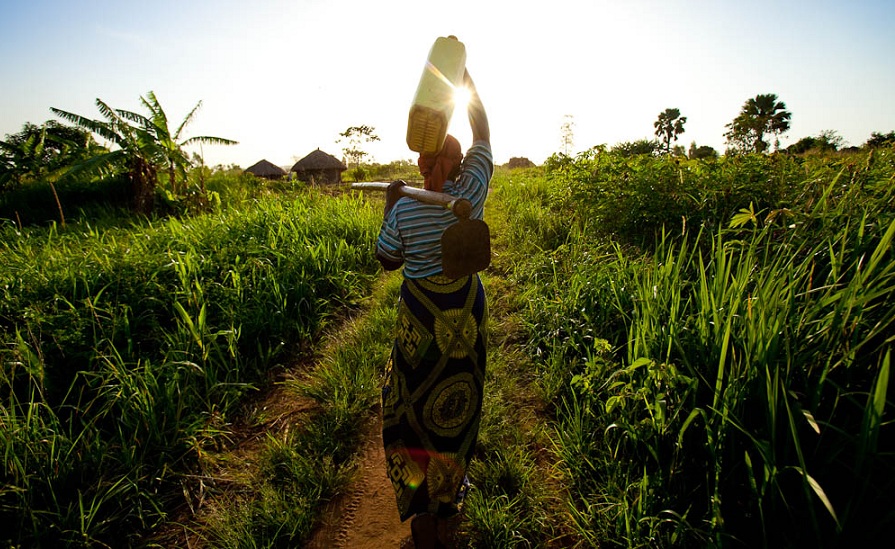 GULU, Uganda – For nearly two decades, the Lord’s Resistance Army stalked the grasslands of north Uganda, abducting children as soldiers and sex slaves in its war against the government. Now at peace, the land is being put to a new use: large-scale agriculture.

Uganda is Africa’s largest coffee exporter and its strong economic growth has been boosted by manufacturing, telecoms, retail and banking. The government wants agribusiness to be the next big sector.

Investors have poured tens of millions of dollars into a landscape now dotted with tracts of maize, rice, sunflower, sesame and commercial forests.

“Northern Uganda has the potential to become the bread basket for not only Uganda but even for East Africa,” Martin Maugustini, country manager for Afgri Uganda (AU), a unit of South African agribusiness giant Afgri Limited, told Reuters.

Developing the north is not easy. The region borders war-torn South Sudan and its crops must be trucked long distances over rough roads. Farming is dependent on rainfall as the River Nile is not developed for irrigation.

Even so, the legacy of the conflict that pitted the government against warlord Joseph Kony gives the plan to expand large-scale agriculture an unusual advantage.

During the war, the military herded the population into camps to separate them from rebels. The displacement caused hardship but when the war ended 10 years ago, leaving President Yoweri Museveni in full control of a country he has ruled since 1986, many people chose to stay in the camps, which had become sprawling urban centres.

The result is large tracts of virgin, fertile land that may give the country of 45 million an advantage over Kenya and Ethiopia, which lead the region in mechanised agriculture.

Afgri Uganda has invested $10 million since 2013, first leasing a 6,400-tonne warehouse in the regional capital Gulu for buying, processing and bagging maize, and is completing a warehouse and silo that towers over the plains of Nwoya district and can process 15 tonnes per hour.

Bruhn says his company aims to plant another 3,000 hectares this year, spend $100 million beyond that and contract 5,000 smallholder farmers to supply it with produce.

But resentment is on the rise against the investors many locals see as outsiders grabbing land that is rightfully theirs.

In June, legislator Odonga Otto told an election rally that people should have lots of children to help reoccupy the land.

“I call upon each family in this region to have at least eight to nine children so that in eight or nine years time they can be able to effectively occupy the remaining land,” he said, according to local media reports.

Rows over who actually owns the land has hampered some plans. A $100-million, 40,000-acre sugar plantation and processing plant by the Madhvani Group, one of Uganda’s most established agribusinesses, stalled due to a land ownership dispute.

The government has for years tried to convince locals to exchange their land for a project stake. Locals say investors should hold direct talks with landowners and farmers to lease or sell land or create business partnerships.

Amatheon Agri Uganda Ltd (AAUL), a unit of Berlin-based Amatheon Agri Group, attracted by the region’s “rich and virgin agricultural land,” negotiated leases directly with owners directly rather than going through the government, as Madhvani had done.

But that process can be tricky, especially as much of the land lacks clear titles of ownership.

Anthony Akol refused an offer for his 509 acre plot, saying the bid the investor made was low because he lacked land title. Since then he uses just 40 acres for rice farming, the maximum his own finances could afford.

Investors have not been deterred, however.

The company started business in the region in 2009 backed by the New York-based Acumen fund, a non-profit organisation, and has since expanded to buy sesame, chilli and sunflower from 35,000 contract farmers.

It has also planted more than 1,000 acres of eucalyptus, pine and teak and plans to build a plant to produce cooking oil from sesame and sunflowers rather than selling the seeds raw.