special investigative programmeland, livelihood and investmentUAE and Uganda to establish one of the world’s first agricultural free zones

IN November 2, 2018 BY witnessradio.org 562 views Leave a comment
land, livelihood and investment Livelihood 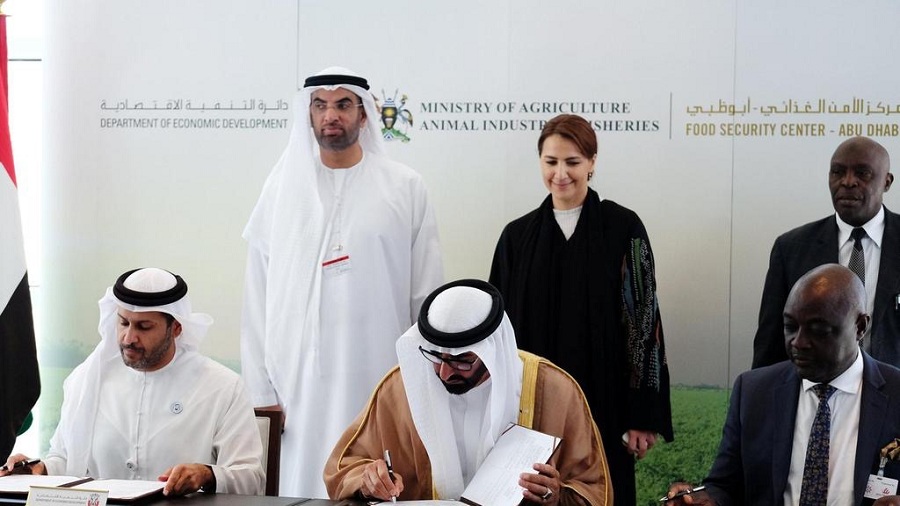 The UAE signed a deal with Uganda on Monday to establish one of the world’s only agricultural free zones in a bid to enhance food security in the Emirates.

The 2,500 hectare free zone will allow private companies from the UAE to invest in agricultural production and development in Uganda.The UAE’s Minister for Food Security, Mariam Al Mehairi, told The National that it will also act as a launch pad for further investment into east and central Africa.

“There is a lot of potential to be unlocked in that area,” she said. The agreement was signed at Agriscape, a two-day exhibition in Abu Dhabi convening dozens of producers, suppliers and investors from across the globe.

It is expected to promote agribusiness between the two countries and will see UAE imports of Ugandan crops and beef rise.

Food security — the accessibility of safe and nutritious food for all — is an area of critical importance for the UAE, where land is largely arid and water is scarce. As a result, the country imports around 90 per cent of its food and is pursuing mutually-beneficial opportunities in Africa and beyond.

Talks began with the Ugandan government last year following the Gulfood exhibition in Dubai in February.

Since then, around 14 Emirati companies have expressed interest in investing in Uganda, a spokesman for Uganda’s agriculture minister told The National.

The UAE will now look for similar, complimentary investments in surrounding countries. “Africa in general, from Uganda, Rwanda and South Africa to Nigeria and Zambia, is very promising,” Khadim Al Darei, deputy chairman of Aldahara, the headline sponsor of Agriscape, said.

“Currently only five per cent of African land has been utilised for agriculture and the consumers are also coming from Africa. Imagine if we find a way to tap into that. We would reduce speculation in prices and also feed the continent,” he said.

“How can it be that 800 million are suffering from hunger, while we have 600 million people suffering from obesity?” Food security has topped agendas all over the world as temperatures rise, but it is perhaps most pressing in Africa, where hunger is widespread and conflict and political instability deter investors.

With the continent’s population expected to grow by 1.3 billion by 2050, farming yields will need to increase.