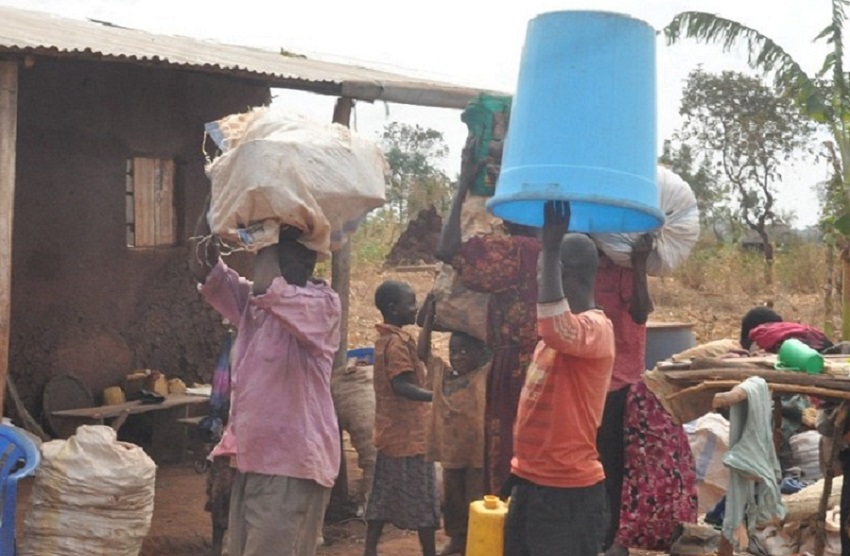 Masindi – For the second time, in a row, the High Court in the western town of Masindi has declined to stop Agilis Partners limited, a multi-million agribusiness company from forcefully evicting over 2300 families off their land.

The victim communities under the auspices of Nyamalebe Landless Association went to court accusing the company of undermining a free, prior and informed consent standard.  While the first application was thrown out earlier this year by the retiring Justice Frank Albert Rugadya Atwoki on grounds that the applicants “failed to produce evidence that the situation is dire warranting an injunction,” the second has been dismissed by the court’s Assistant Registrar, Kintu Simon Zirintuusa on grounds that many of the occupants had vacated the contested land. The ruling comes after a long and painful process of trying to see the application heard.

It has been 20 months since the impoverished families first dashed to court challenging their eviction which is superintended by Agilis partners limited, an agricultural development company owned by American twin brothers Philipp Prinz and Benjamin Prinz. Agilis Partners, which owns Joseph Initiative a beneficiary of DFID financial support and CFC based in the Netherlands, supplies food to World Food Program, among others.

The case stems from a 2018 move by native communities who went to the High Court accusing Agilis Partners scheming with Uganda Police and Uganda People’s Defense Forces (UPDF) to forcefully grab their land for agribusiness. They claim beyond losing their livelihood, the company and its agents continue to commit human rights violation.

An independent investigation by witnessradio.org indicates Agilis is using grabbed land already which is part of the 2100 hectares to grow sim- sim, maize and soya beans. And through this project, it wants to empower 50,000 farmers from neighbouring communities with modern farming skills. The same company pledged Shs. 1 billion equivalents to about USD 250,000 earmarked as community development budget for extension services, training centres, schools, hospitals and infrastructure development among others.

Besides dealing in supplying of grains to different agencies including the World Food Program, Agilis, through Joseph Initiatives, has benefited from the financial assistance of international agencies like UK’s Department for International Development (DFID).