special investigative programmeland, livelihood and investmentAgribusiness Company with financial support from UK, US and Netherlands is dispossessing thousands.

IN February 6, 2020 BY witnessradio.org 1760 views Leave a comment
land, livelihood and investment Livelihood Natives and Businesses 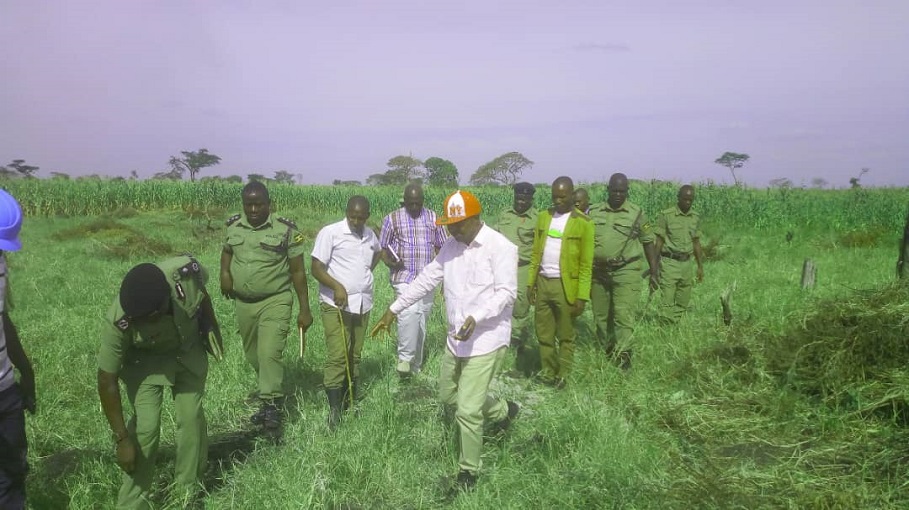 An agribusiness company supported by the governments of the UK, US and the Netherlands is pushing ahead with a land grab that will displace thousands of families in Uganda.

More than 30,000 families face a forced eviction from their lands in Kiryandongo district, Uganda within the next 2 weeks (by 10 February 2020). The land that measures about 9,500 acres has been lawfully occupied by these families since 1937.

The communities are being evicted so that The Joseph Initiative, a company owned by US businessmen through their Cayman Islands based company Agilis Partners, and two other international agribusiness firms (Great Season Company Limited and Kiryandongo Sugar Limited) can start or expand large-scale plantations.

Those known to be involved in funding, financing or supporting Agilis Partners and its company Joseph Initiatives include: The impact investor DOB Equity (dob Foundation) of the Netherlands, via the UK-based Dutck Oak Tree Foundation, owned by the De Rijcke family of the Netherlands, The United Nation’s Common Fund for Commodities, via the Dutch Trust Fund arrangement set up by the Netherlands Ministry for Development Cooperation, The UK’s Department for International Development (DFID) via its FoodTrade programme and USAID via its Ugandan country programmes

Despite on-going court cases that have been filed in Masindi high court, community members have been told by agents of these companies to vacate or be forcefully removed within two weeks.

Until these companies came in, these communities had homes and were food sovereign and secure. The communities have been growing foods like simsim, soya, maize, banana, sugarcane and coffee. Now they do not know where their next meal will come from and they are worried that they will have no place to call home!

Since 2016, the communities have faced intimidation and violence while some have fled their homes for fear of reprisals. In one incident at Kisalanda village, Kimogola Local council One, company agents of Agilis Partners limited used live ammunition against the villagers and 11-year old Ssewankambo Ponsiano was hit with a bullet, leaving him permanently disabled and forcing him to drop out of school. During that same incident, pupils of Kabyanga Primary School were tear-gassed while in their class-rooms.

We appeal to the courts of law in Uganda to stay this eviction until the on-going court cases are addressed. We also call upon the relevant embassies of the governments involved in funding and supporting Agilis Partners and its Joseph Initiative (United Kingdom, United States and Dutch embassies) to take action to stop the eviction, as well as the United Nations.