IN August 13, 2019 BY witnessradio.org 734 views Leave a comment
land, livelihood and investment Livelihood 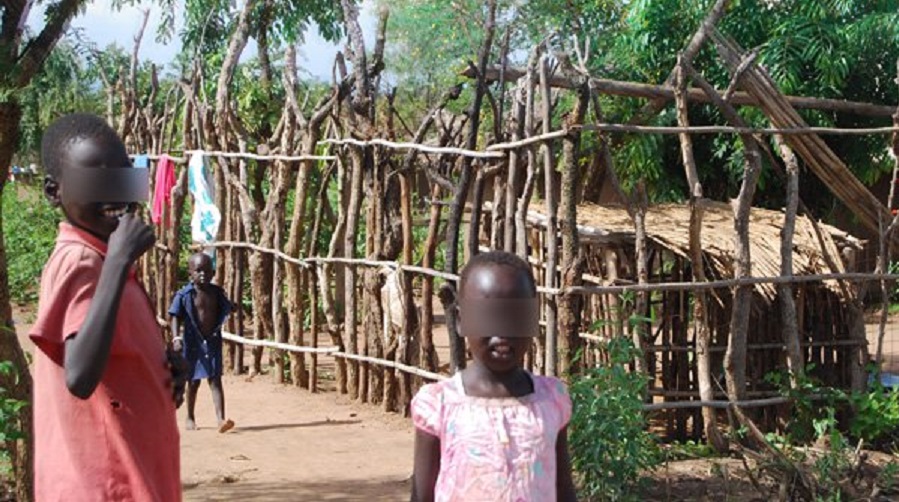 She is a South Sudanese refugee residing at Pagirinya Refugee Settlement Camp in Adjumani District. The widow and mother of four fled the mayhem in her home country in November 2016.
Ms Anyang, a resident of Block B10, together with four other women, are carrying their bundles of firewood back ‘home’.
While Ms Anyang cuts the trees from the nearby woodlands for firewood, others are cutting it for building. This is how Ms Anyang has been surviving at the camp after she and thousands of other refugees were forced to flee to Uganda in 2016 following an outbreak of war in South Sudan.
Both refugees and the host communities in the area use firewood for everyday cooking needs and making shelters, which activities have taken a toll on the environment and thus brewing tension over natural resources in the district.
Today, deforestation in the district has reached its highest rate in a decade, according to data at the district’s forest office, due to increased energy demands precipitated by the influx of refugees to the district. This has led to protests by host communities.

No alternative
Mr Tonny Okot, a resident of Block E32 at Pagirinya Refugee Settlement Camp, says refugees cut trees in large quantities every day and the demand keeps increasing.
“Some organisations tried to train us on using eco-friendly alternatives like charcoal briquettes or stoves but it took only a few months before the raw materials for making them got used up due to high population and demand here,” Mr Okot says.
This is the same story at Maji Refugee Settlement Camp, also in Adjumani District. The environment, that formerly boasted of thick shrubs and tree cover, has changed to almost bare land surface after the refugees cut down most of the trees.
Adjumani District officials have petitioned the government and other development partners to intervene and create alternative energy sources for the refugees.
“The refugees have become a big challenge to us in regards to the environment in communities surrounding these settlements. Trees are indiscriminately cut down whereas no replacement is being done,” Mr James Leku, the Adjumani District chairperson, says.
Adjumani District provided 3,128Sqkm of land on which 17 refugee settlement facilities are established to host a total of 202,433 refugees, according to the United Nations High Commission for Refugees (UNHCR).
However, 93 per cent of these refugees rely on the environment around for their energy demands, a scenario shared by the rest of the districts across the West Nile region.
But efforts towards afforestation in these refugee communities, for example in Pagirinya, have equally been frustrated as distributed tree seedlings are not planted but left to dry on the verandas or under trees.
Mr Mark Dulu, the Adjumani East MP, in whose constituency a number of refugees camps are located, says the refugees do not only cut down trees but also steal food from gardens of the host communities.
“We are sensitising these refugees to let them understand that they have a role in ensuring that we escape the tough impacts of environmental degradation like global warming, drought and soil erosion,” Mr Dulu reveals.
Recently, UNHCR urged countries hosting large numbers of refugees to plant more trees as deforestation could trigger more conflict.
The refugee humanitarian body stated that tree planting was paramount since four out of five people who flee their homes rely on firewood for cooking and heating, which is a major cause of deforestation in most refugee settlements across the world.
But Mr Leku accuses humanitarian agencies operating in the district of not taking the reforestation initiative seriously and that refugees themselves have a negative attitude towards planting trees where they did not own land.
“Unfortunately, refugees’ attitude towards tree planting has been too bad that they do not want to plant seedlings given to them, as they claim they have nothing to benefit from planting the trees since they hope to return to their home countries anytime,” Mr Leku says.
Uganda has one of the most favourable refugee protection environments in the world; providing for freedom of movement, access to land for agriculture and settlement in line with the Refugee Act 2006.

Ms Duniya Khan, the United Nations High Commission for Refugees (UNHCR) spokesperson, told this newspaper in an interview recently that deforestation by refugees who largely rely on natural resources to meet their basic needs, has had a significant impact on the environment in the recent past, not only in Adjumani but across all the districts in West Nile region.
“UNHCR, the Office of the Prime Minister and the district are engaged in various activities to remedy the situation. For example, they are training communities on alternative energy use such as the use of biogas and energy-saving stoves,” Ms Khan said.
She said UNHCR has partnered with NGOs in refugee settlements and host communities in West Nile to plant 588 hectares of trees through “cash for work” programmes, support operations for 20 tree nurseries, as well as supporting 58 refugee groups by giving them briquette-making machines and providing training.
“UNHCR is supporting 14,620 households to access fuel-efficient stoves and 1,100 households with heat-retaining cooking bags, produce and distribute 122 tones of cooking briquettes to refugee communities and we believe it will relieve the pressure on the environment,” she said.
At least 400,000 trees out of a target of 700,000 trees for this year had already been planted by the beginning of July in Adjumani District, according to Ms Khan.
Today, UNHCR-funded partners have reported planting more than two million trees in the South Sudanese refugee and host communities (primarily in the West Nile) this year.
In October last year, a joint United Nations and World Bank report warned on the competition for available resources such as trees and land for cultivation, among other factors, as a possible cause of tension between the refugees and host communities.