IN August 14, 2019 BY witnessradio.org 270 views Leave a comment
land, livelihood and investment Livelihood 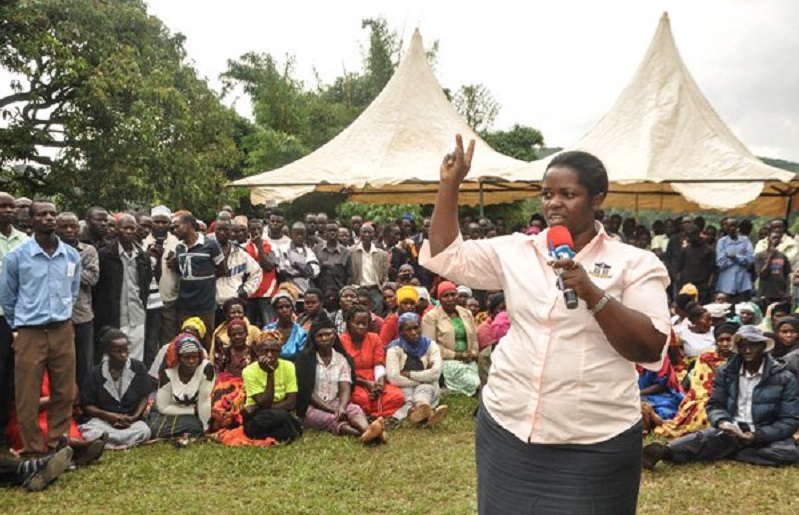 About 600 households from seven villages in Kalagala Sub-county, Luweero District, have petitioned State House’s land and legal department over threats to evict them from their Bibanja (plots of land) by a landlord.
The tenants from Degeya, Bugaayo, Kalagi, Namwatulira, Kibajwe, Kireka and Bulemezi villages claim that Mr Moses Mugerwa, who bought the four square mile piece of land in 2018, has rejected their nominal ground rent fees (busuulu).
They also accuse Mr Mugerwa of setting inflated busuulu so that he prices them out of the land.
“Many of us have already lost a bigger portion of land to the landlord in exchange for land titles that have never been delivered to us. When this land was still under the Kabaka of Buganda, we used to pay busuulu and we had no problem,” Mr Umar Kabenge, one of the affected residents, said.
“The new landlord has rejected the busuulu since 2018 when he introduced himself to us,” he added
The aggrieved residents were addressing Ms Suzan Abbo, the presidential assistant in-charge of land and legal affairs at State House, during a meeting in Bugaayo Village at the weekend.
Ms Robinah Nagayi, the Degeya Parish chairperson, told the State House official that Mr Mugerwa refused to allow tenants access to the mainland title he claims to have acquired from Buganda Kingdom after the land purchase.
At the meeting, Hajj Sulaiman Mubiru, who claimed to be the official representative of Mr Mugerwa, the landlord, emphasised that his boss purchased the land from the Kabaka.
“We have engaged the residents in peaceful negotiations to have them acquire land titles for their bibanja. We have never trespassed on any piece of land as some tenants claim,” Mr Mubiru explained.
“We inspected this land and we are aware that it has some tenants. We have not yet got the land title but it is being processed. We apologise to those residents who could have been assaulted in any form,” he added.
Ms Abbo questioned the landlord’s use of force to take away large portions of land from tenants.
“Forcibly taking away the land from them, promising to process land titles is against the law. We shall organise for another meeting where the landlord has to attend in person,” she said.