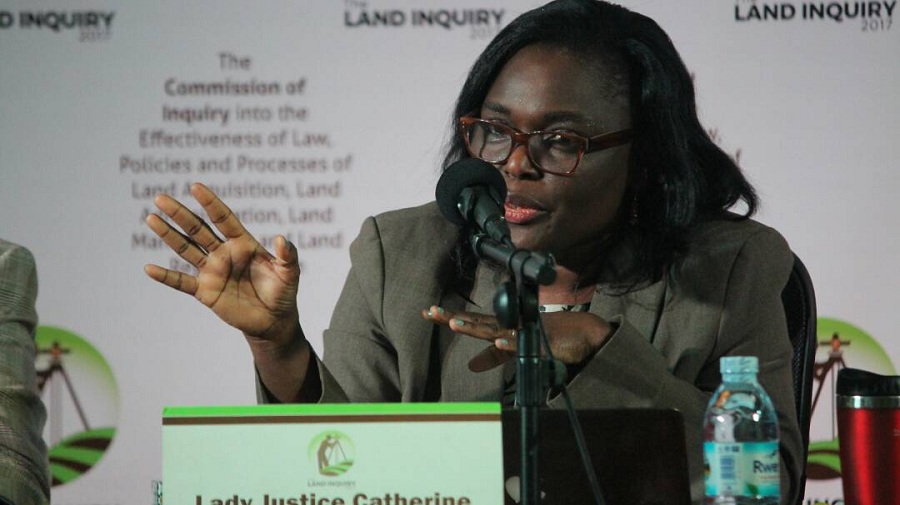 A group of 3,500 Bibanja holders in Kyankwanzi district, who are on the brink of eviction from a three-square mile land in three villages, have petitioned the land probe commission.

The probe has since commenced its public hearing in Kampala, over the contention, with the testimony of the evictees’ representative Ronald Lutakome.

Asked by deputy lead counsel John Bosco Suuza to justify the group’s grievance, Lutakome on Thursday alleged that a one Andrew Tendo, is behind their woes, starting April 2005.

He purported that Tendo solicited the services of some army officers, and claimed the eviction had been endorsed by the army leadership.

The villages are Mbogo-biri, Bugondi, and Kasambya. The land is registered as Singo Block 812 Plot 25 LRV2269 Folio 13.

“A one Kayitambogo came with documents and said he owned the land with Tendo. He came with a one Simon Muhinda and some soldiers. I saw the soldiers dressed in full army gear,” said Lutakome.

“Some soldiers beat the Bibanja holders, especially those who had declined to surrender their Bibanja. They were given a two-month ultimatum to vacate.”

Lutakome said Muhinda claimed the President had directed them to come and take over the land, as a reward for victory in the NRM liberation war.

The witness said, they were compelled to report to Kigando Police Post, and subsequently filed a civil suit at the High Court in Kampala.

Asked by Suuza about the status of the court case, Lutakome responded that from 2005 to date, there were only two appearances and that the case has since stalled, with no explanation from court.

He said they lived peacefully until last year August 17, when misery re-emerged, with Kayitambogo claiming Tendo owned the entire land.

The witness stated that they were prompted to write to the the Kyankwanzi district officials, and inquired whether the three villages had been sold.

“Tendo said he had lived for long on the land and that he had visible development projects. But this was an outright lie. The meeting was adjourned to September 7, 2017 and we were informed that Tendo’s documents were fake,” stated Lutakome.