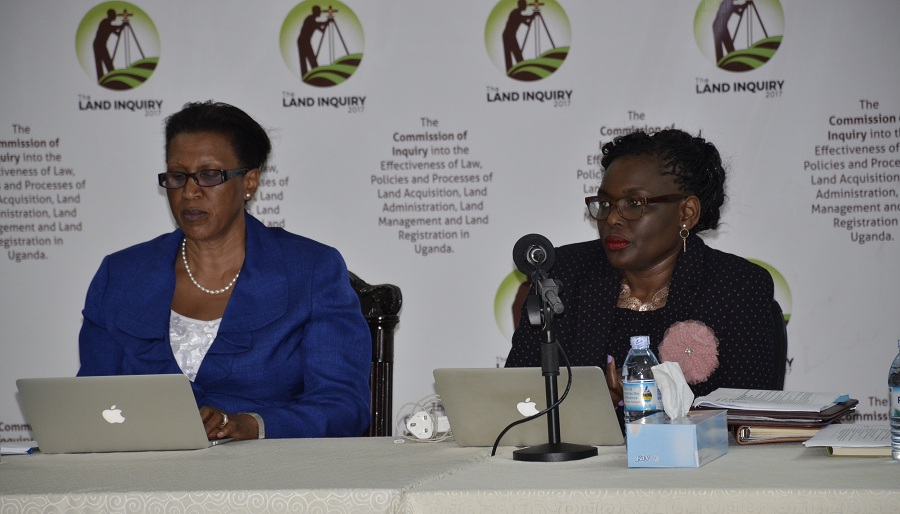 Kampala, Uganda | Uganda Land Commission-ULC is seeking policy direction to compensate the people affected by the East African crude oil pipeline construction. The 1400 kilometer crude oil pipeline worth US$ 3.55bilion is expected to run from Buseruka Sub County in Hoima district to Tanga port in Tanzania.

Recently, a number of refinery affected persons petitioned the Speaker of parliament, Rebecca Kadaga through Mubende Banyoro United Association for compensation. They want government to value their land and compensate them as title holders as opposed to being Bibanja land holders or squatters.

Baguma Isoke, the Uganda Land Commission Chairperson, says they have Shillings 29 billion to compensate the affected persons in Katikara, Kisita, Nkooko and Mpaana Sub counties in Kakumiro district but they need a policy directive on using it since it was earmarked for compensations in Bunyoro region.

He disclosed this in a consultative meeting involving the Project Affected Persons, Ministry of Energy and the Speaker at Parliament on Wednesday. Isoke also said they need a map detailing where the pipeline will pass and requirements before they start processing the compensation.

He however, noted that they need a resolution of parliament and or the Minister to allow the payment of the money to the historical land owners and do systematic demarcations to give ownership to the petitioners.

John Mandy, the Secretary General Mubende Bunyoro United Association, says they need all people to be compensated despite the fact that some of them don’t have land titles.

Onesimus Twinamasiko, the Bugangaizi East MP, promised to seek time to bring the matter to the floor of the house so that the compensation is approved by parliament. Simon D’Ujanga, the State Minister for Energy, says he is glad money is available to compensate the refinery affected persons but said they need to establish those entitled to the compensation.

He says in cases where they have both Bibanja and land owners, they will compensate all. The Speaker Rebecca Kadaga urged the stakeholders to work together and ensure that the people are compensated.

She said she is glad that at least progress is being made on the compensation of the residents.