IN February 17, 2020 BY witnessradio.org 214 views Leave a comment
land, livelihood and investment Livelihood 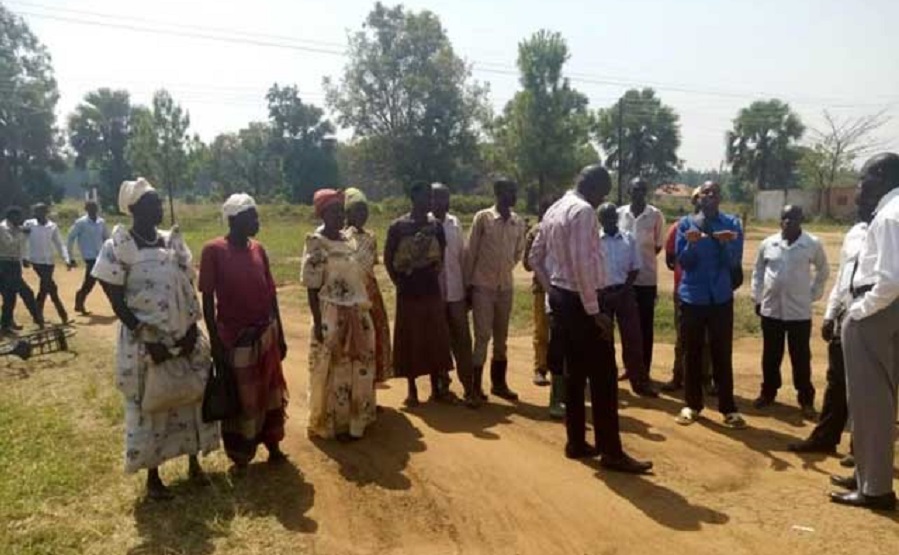 Since Wednesday, different groups of people have been pitching camp in Kaberamaido District Headquarters, seeking the intervention of the local leaders on the dispute.

The forest reserve has been a key area for grazing cattle for more than 3,000 people in Alwa Sub County.

Aloysius Ocuu, the Chairperson of NRM in Alwa Sub County notes that many households will be affected if NFA takes away the land it has demarcated as a forest reserve.

William Okello, one of the affected persons accuses NFA of grabbing their land. Okello claims that he was shocked to see surveyors plant mark stones inside their land, where both his father and all the family were born and raised from.

James Etwomu, the LCI Ominai A in Alwa Sub County says the NFA officials have abandoned the old marks and have extended the marks to peoples’ land. Etwomu wants the district leadership to intervene in the matter.

Mary Imata Ekemu, another resident in Ominai B village is happy that the demarcation program by NFA will save the forest. She claims that some people have encroached into the forest, denying the rest of the community access, especially to grazing land.

Milton Nyeko, the range manager for Kyoga Region says a number of people have constructed in the forest and the have lived there for many years. He says that after collecting data on the forest encroachment, they will communicate the date for eviction of residents, depending on the resolution from NFA headquarters.