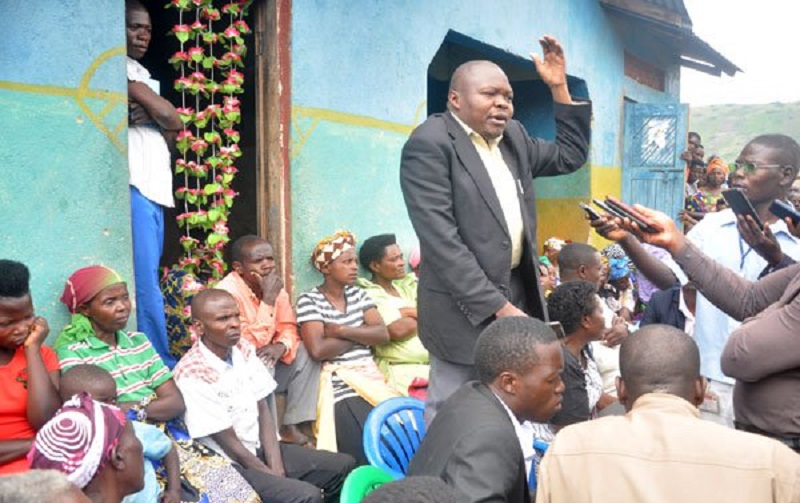 Led by Mr Steven Katongole, the chairperson of Kyampisi Village, some of the affected people claim they inherited the land from their parents 50 years ago.
“We have built houses and set up investments in this area which we are going to lose once the eviction is carried out. We have nowhere to go in this short time,” Mr Katongole said during an interview at the weekend.

Mr Katongole said the boundaries of Kyampisi Forest Reserve are well-known to all residents, but they were shocked to find markstones placed beyond the original boundaries.
Mr Nicholas Muhimbula, an affected resident, asked President Museveni to intervene and stop NFA from evicting them, saying they do not have money to buy land elsewhere.

Mr Michael Ntambi, another resident, blamed some legislators for being behind their pending eviction .
“It’s a pity that our leaders who were present when gazetting local administrative units have betrayed us, instead of helping and guiding us on what to do, they are siding with NFA to evict us and they take the land,” Mr Ntambi said.

Mr Joseph Kakooza, a legislator in Buwekula County, said the eviction is intended to restore the depleted forest cover in the area.
“It’s true that I applied to NFA to acquire some piece of land to plant trees, but I am still waiting for NFA to allocate me the exact land where I am going to carry out tree planting,” he said
Mr Patrick Mulindwa, a former legislator of Kasambya- County, also confirmed that he applied for a licence to plant trees, but insists that he was given forest land in Mukono District, not Mubende .
“Those who claim that I was given land in Kyampisi, are simply playing cheap politics,” he said.

Mr Robert Mubokhifa, the NFA sector manager in-charge of Mubende and Mityana districts, said they have completed the opening of boundaries for Kyampisi Forest Reserve and are yet to allocate a portion of it to private tree planters .
“Residents in that area need to understand that it’s illegal to settle on government land without clearance from authorities. Therefore, those people should voluntarily vacate because there will be no compensation for any damages once we apply force,” he said.