IN February 11, 2020 BY witnessradio.org 638 views Leave a comment
Livelihood 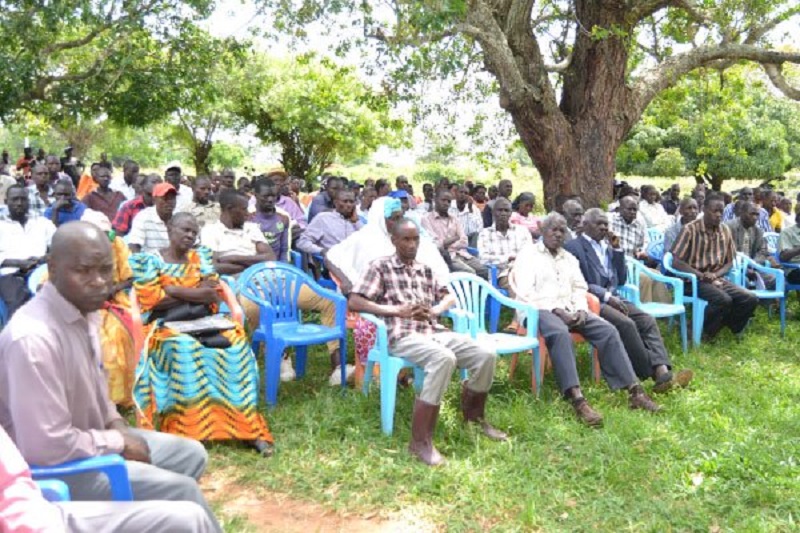 Government is set to degazette Kyarubanga Forest Reserve in Nakasongola District to settle more than 1,800 households.
The eight- square mile forest reserve stretches to four sub-counties including Nakitoma, Rwabyata, Lwampanga and Nabiswera.
This follows a presidential directive to line ministries of Water and Environment, and Lands, Housing and Urban Development to initiate the degazettment process to allow families that have settled on the land for many years to take full possession and engage in income generating activities.
In a December 15, 2019 letter copied to the Nakasongola Members of Parliament and Resident District Commissioner, President Museveni indicated that the right procedure to have the forest reserve land degazetted should be followed.

Directive
The Nakasongola forestry officer, Mr Geoffrey Mugenyi, yesterday confirmed to Sunday Monitor that his office is already aware about the presidential directive.
“We are already aware of the degazettment programme but I do not have the details,” Mr Mugenyi said.
The directive follows a petition by the district leaders led by MPs Noah Mutebi (Nakasongola County), Wilson Muruli Mukasa (Budyebo County) and Margaret Komuhangi (Nakasongola District Woman MP) to the President to avert a pending eviction of families who have occupied the land for more than 40 years.
The National Forestry Authority (NFA) wants to pave way for private developers interested in utilising the land to plant eucalyptus and pine trees.
“We petitioned the President to intervene because although this land belongs to NFA legally as a forestry reserve, it has been occupied for many years where an eviction could lead to a big landless class of citizens in Nakasongola,” Mr Mutebi said in an interview on Thursday .
Budyebo County MP and Minister for Public Service, Wilson Muruli Mukasa, confirmed the change of status of the forest reserve land under a presidential directive by way of degazetting it to allow the many landless families who have lived on the land for many years to officially derive a livelihood on this particular land.

“Nakasongola is among the unlucky districts in Uganda with more than 80 per cent of the population occupying land as squatters. Degazetting the forest reserve land will be a historic milestone for the people of Buruuli (Nakasongola). These families were at the verge of eviction by the department of forestry since the land had been gazetted by government as forestry reserve land,” Mr Muruli Mukasa told the Sunday Monitor in an interview.

He said leaders from Nakasongola are organising an inter-denominational prayer on March 14 at Nakayonza Church of Uganda, Rwabyata Sub-county, to thank God for this landmark achievement.
President Museveni is expected to grace the function.

Leaders hopeful
Mr Sam Kigula, the district chairperson, is optimistic that once the degazettment process is done, the occupants on the land will be able to engage in meaningful development projects.

“These people have had no security on this particular land since they have been encroachers. It is also true that this entire land is now occupied by the public, schools, churches and health units. There is no idle land for tree planting . We thank the President for taking the initiative to have this land degazetted,” Mr Kigula said.

However, the Ministry of Environment officials said the degazettment will be done after securing parliamentary approval.

Background
Other reserves. Nakasongola has several areas that were set aside by government as forest reserve land including Kasagala Central Forest Reserve in Kakooge Sub-County which measures about 2,000 hectares.

The loss of the original indigenous forest trees and the indiscriminate clearing of more than 80 per cent of the forest cover in Nakasongola in the last 20 years partly explains the persistent dry spell in the area.