IN March 16, 2020 BY witnessradio.org 94 views Leave a comment
land, livelihood and investment Livelihood 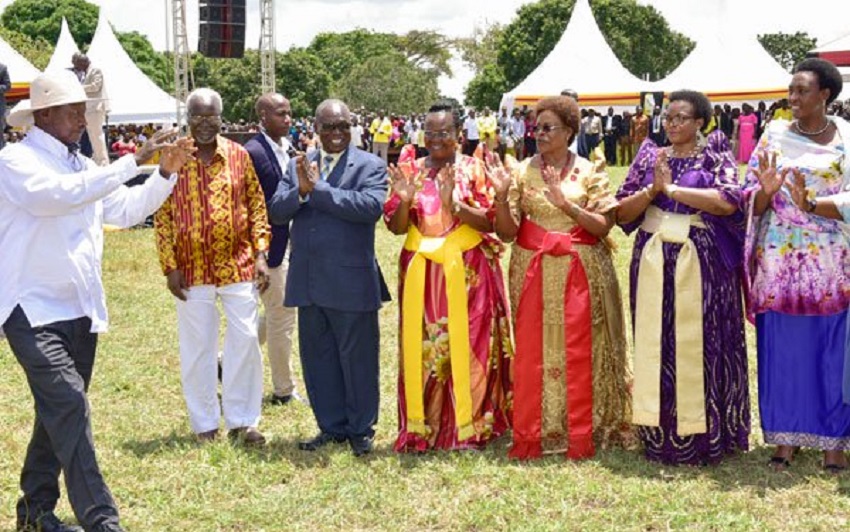 Mr Museveni said he would not normally support the degazettement of  natural forests  because he is a “strong advocate” of preserving  the environment, but the historical injustice meted out to ethic Baruli by colonialists in collusion with some elements in Buganda Kingdom, forced him to do so.

Over 1,800 households will benefit from the degazetted land for mainly agriculture.

“The reason I came here is because of the forest which I allowed to be degazetted, which I normally don’t do especially the natural forests. But because of the history of the Baruli persecution by the colonialists in collusion with some wrong elements from Mengo, we had to resolve that problem, This problem  left many people landless including the Baruli,” Mr Museveni said.

The President was speaking at a thanksgiving ceremony that was organised by  Minister of Public Service and also Member of Parliament  Budyebo County, Mr Wilson  Muruuli Mukasa.

The event was at Nakayonza Church of Uganda Primary School in Lwabiyata Sub-county in Nakasongola District on Saturday.

“You cannot say that you love your neighbour but dislike his culture. The NRM government took a firm stand and allowed all citizens to practice and enjoy their respective culture including the right to belong to a particular cultural setting without discrimination,” Mr Museveni said.

Mr Mukasa said that Nakasongola District is among the districts where about 80 percent  of  residents occupy land as squatters and victims of the harsh land eviction threats that partly compromises all steps aimed at engaging in development projects for better livelihood.

In a December 15, 2019 letter copied to the Nakasongola members of Parliament and Resident District Commissioner, President Museveni indicated that the right procedure to have Kyalubanga Central Forest Reserve  land degazetted should be followed even though the land is already occupied with no forest vegetation.