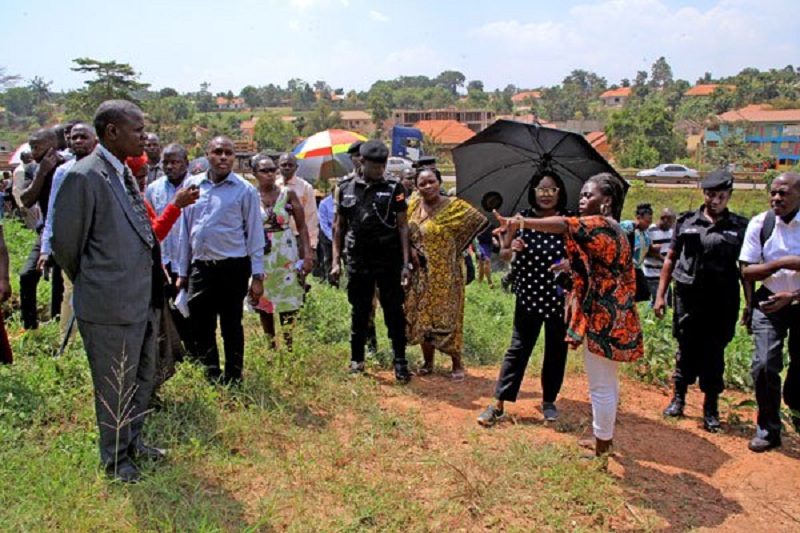 KAMPALA. President Museveni yesterday tasked MPs to expedite amendment to land act and demanded that a new clause be introduced to allow bibanja owners to deposit nominal ground rates (busuulu) at the sub-counties.

The President said the new amendment should target absent landlords and those who refuse payment from bibanja owners. The President’s proposal seeks to provide a permanent solution to a spate of illegal evictions and land wrangles in the various parts of the country.
“I want this issue to be resolved by Parliament because these bibanja holders should have somewhere to deposit the money for cases where the landlords stubbornly refuse to receive the money,” the President told Nakasongola residents yesterday.

“We want a clause within the land act where the money will be deposited at the sub-counties. We should not allow people to be enslaved on their own land by selfish individuals. These landlords wanted a bigger busuulu but we refused to bow to their pressure.”
The President visited Nakasongola District to commission a Shs93b Nile Fiber factory in Kinoni Village, Kakooge Sub-county. Some of the residents in the area who talked to Daily Monitor had singled out illegal evictions as one of the major impediments to Mr Museveni’s wealth creation campaign.

Landlords criticised
The President accused a section of landlords of orchestrating and fuelling land wrangles through illegal acts of eviction and frustrating all efforts by bibanja holders to pay busuulu to the tenants.
Last evening Lands Minister Betty Amongi welcomed the President’s proposal and singled out refusal by landlords to receive busuulu, mortgaging of the land occupied by bibanja holders and eviction orders from courts.

“The President’s proposal is in public interest and it offers a durable solution to illegal evictions in the country,” Ms Amongi said. “Government fixed the annual busuulu at not more than Shs5,000 in villages, Shs20,000 in town Councils, Shs30,000 in municipalities and Shs50,000 in cities but some landlords deliberately refuse the money and evict families. This is what we want to stop and return sanity.”

The President explained: “The busuulu is supposed to be a token fee and not money that can enrich the landlord. It is unfortunate that we are still struggling with the issue. We need to have this law.”
Nakasongola, according to the President, has a vast cultivable land where both fruit growing and livestock keeping should help the residents overcome poverty.

Protection
Underlining the need to protect bibanja holders from evictions, the President added: “It is true that we now have the forests to feed the plywood industry but our people here can engage in fruit farming alongside the livestock keeping. I see no sense in the argument that the landlords want the bibanja holders to buy the land on which they are already settled. This is just a scapegoat and not within the stipulated land laws.”

Talking about the new factory. The President said investors did a great job to establish a furniture factory in Nakasongola District and cited importation of papers as a challenge.
“The furniture that we have just inspected at the factory is better than the wood furniture we import,” the President said.

“We also have more forest areas of Singo, Kiboga and Kyankwazi to feed the factories. Our challenge is with the paper industry where we still import paper yet we have the trees…we are importing papers worth $130m annually yet we can have these industries established in Uganda. The next step is to persuade these investors to woo more industrialists dealing in paper. You can also expand and have the industries established, Museveni told the investors.”