A court assessor in the criminal trial of the 28 land defenders, hospitalized.

IN February 18, 2020 BY witnessradio.org 551 views Leave a comment
land, livelihood and investment Livelihood 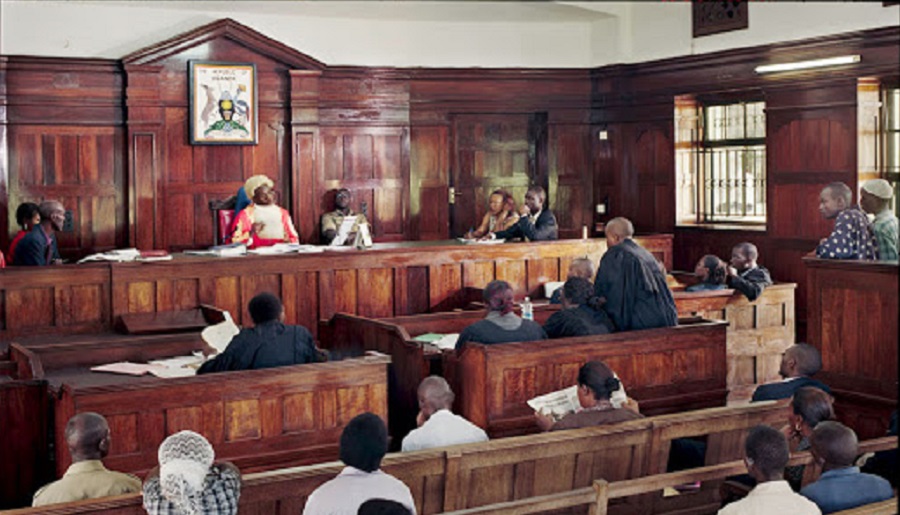 Mubende – Uganda – A court assessor in the criminal trial of the 28 land rights defenders has been attacked and dumped few kilometers away from the court where the trial is being conducted.

Since November, 2019 to date, the 28 land defenders including two witnessradio.org staff members have been on criminal trial before Justice Anthony Oyuko Ojok facing nine counts including murder and aggravated robbery. 12 prosecution witnesses have so far been produced to pin defenders.

The 28 were framed, arrested and jailed because of their stiff resistance against an illegal and forceful eviction of over 3000 inhabitants off their 322.5 hectare piece of land comprised in Block 168, Plot 19, 22 and 23 covering five villages of Kambuye, Kikono, Kyabaana, Kaiser and Lwensanga in the East Division of Mubende Municipality, Mubende district by one Kaweesi George

Frank Ssekaggo Ssuubi was attacked by unknown people that had offered him transport on his way to attend court from Mityana town to Mubende. The attackers were traveling in a saloon car, Toyota Mark 11 brand.

“It was at 8:15 when I was standing at the stage near Kasibante Coffee Factor when a Mark II car flashed light twice, stopped and the driver called me by name. I was convinced that he knew me. So, I jumped on board after agreeing that I will pay him 5000 as the transport fare”. He says.

Sekaggo Ssuubi who is now receiving treatment in Mityana said one of the passengers suddenly started strangling him using a seat belt and a rope as soon as he took a seat, demanding for money and he later became unconscious.

“I understand they later folded me like a mattress and drove up to Myanzi – Bugole area, off Mubende road where they dumped me. I later gained consciousness, taken to a clinic in Myanzi to receive first aid treatment.” He emphasizes.

Ssuubi suffered deep wounds on the arms, neck and eyes.

Asked if the attack could be connected to the case case he is involved in, he is quickly to say that he cannot rule it out.

The arrest of the 28 land right defenders ultimately weakened the fight the indigenous communities had put up and consequently over 3000 inhabitants were dispossessed off their land by one businessman Kaweesi George with help of security agencies including Mubende police.