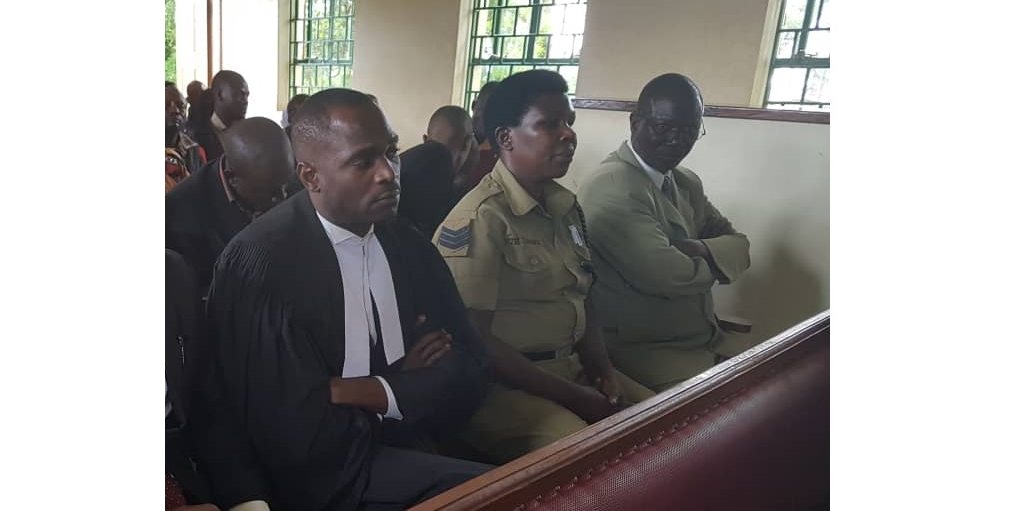 Mubende – Uganda – Barely two weeks after Mubende district resident Judge Justice Joseph Murangira has been transferred, a senior state prosecutor Birivumbuka Richard in the matter of the 28 land rights defenders has been withdrawn from the case and transferred to another jurisdiction.

On November 4th, 2019 the defense legal team for the 28 land rights defenders applied for the disqualification of Mr. Birivumbuka Richard from this case on grounds of bias and lack of impartiality.

This application to disqualify Birivumbuka from this case was filed before the Mubende High Court where the witnesses contended that the Senior Resident State Attorney Birivumbuka was involved in meetings and negotiations associated with the eviction scandal that begot crimes in the indictment vide MBD-CO-AA-153/2018. The defense had intended to have (Birivumbuka) as one of their witness.

The defense witnesses further contended that Birivumbuka acted and played the role the advisor and lawyer to the land grabbers’ transaction prior to the fatal eviction of over 3000 inhabitants from eviction site, the associated death and the concomitant prosecution.

The 28 victims were framed, arrested and jailed because of their stiff resistance against an illegal and forceful eviction of over 3000 inhabitants off their 322.5 hectares of land comprised on Block 168, Plot 19, 22 and 23. This land covered five villages of Kambuye, Kikono, Kyabaana, Kanseera and Lwensanga in the East Division of Mubende Municipality, Mubende district.  The arrest of the 28 land rights defenders ultimately weakened the fight which the indigenous communities had put up and consequently, over 3000 inhabitants were dispossessed off their land by a one businessman Kaweesi George with help of security agencies including Mubende police officers.

Although the judge declined to disqualify the Senior Resident State Attorney (Birivumbuka) from this case, the court got convinced that the prosecutor used the Mubende district Director of Public Prosecution’s office to host meetings that were outside its mandate.

Justice Anthony Oyuko in his ruling ordered prosecutors in the country to stop forthwith from using their offices for matters outside their mandate.

According to Jacquelyn Okui, the Director of Public Prosecution’s Spokesperson confirmed that the withdraw and transfer of Birivumbuka was ordered on January, 14th, 2020. She however declined to mention the Senior Resident State Attorney (Birivumbuka’s) new deployment station.