IN August 6, 2018 BY witnessradio.org 1241 views Leave a comment
Livelihood 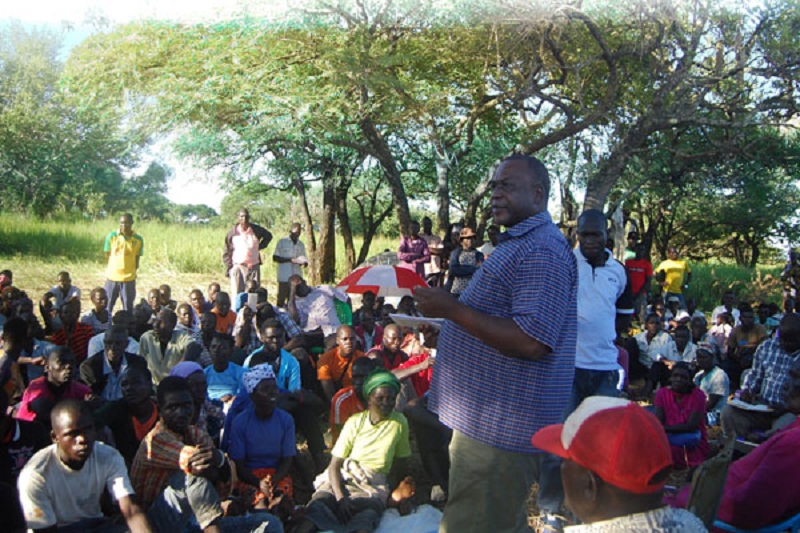 “There will be no customary land in Northern Uganda in the next five years if you don’t wake up now. All land will be individual lands. Even today, there are more than fifty applications for individual land titles. I want to strongly advise leaders to form “Land Trusts” to manage and protect customary land” Gimara Francis, Legal Consultant

GULU-UGANDA: In 1874, the British Explorer Sir Samuel Baker came to the heart of Africa in search of the source of River Nile and established a Fort at Patiko in Acholi land which is located in Northern Uganda. Acholi is one of the Lwo ethnic groups who occupy much of South Sudan and Northern Uganda.

In one of his writings about the Acholi, Sir Samuel Baker is reported to have said that he found the Acholi “a well organized ethnic group as far as land management is concerned”, and he also noted that the Acholi do not know God.

The 1962 Ugandan Constitution clearly defines Acholi land boundary as consisting of 23737 square miles which was administered as one unit (district). Land was managed by the Chiefs (Rwodi) in Trust on behalf of his subjects and there was total harmony where people communally utilize the land in seven different tires consisting of homesteads, farmland, grazing land, forests, rivers and hills.

Today, Acholi population is 1.3 million people and sub-divided into seven administrative units (districts). Because of the over 20 year insurgencies which forced displacement of people into Internally Displaced People’s (IDP) camps, custodians of customary land left  their land idle and stayed away in the camps.

After the guns fell silent in northern Uganda in 2006 and upon return back to their former homesteads in 2009, the Acholi encountered a new form of land related conflicts. There are reports of land grabbing, encroachment on other people’s land and communally owned land and rampant sales of land, which was unheard of before.

It is against this background that the Acholi Sub-Region Joint Leaders’ Forum commissioned a one year research project: “Piloting the Protection of Rights to Customary Land Ownership in Acholiland”. The research was conducted by a Technical Committee and supervised by a Non-Governmental Organization; Trocaire with funding from Democratic Governance Facility (DGF).

On Monday, May 30 2016, Acholi leaders meet in Bomah Hotel in Gulu to review the draft report of the study before a final document is produced. The Chairman of the Technical Committee, Dr. Fr Joseph Okumu observed that their finding suggests that there is no “ownership of land in Acholi that nobody owns land in Acholi and that land in Acholi belong to the dead, living and those yet to be born”. The claim is that generally land in Acholi is held in “Trust” by Chiefs. The research indicates that 90% (percent) of people interviewed supports registration of customary land.

“Land matter is delicate, exciting and is raising a lot of interests which this short research does not have adequate answers for. There is no quick fix on land in the world”, says Fr. Okumu.

The Chairman of the Uganda Law Society, Mr. Francis Gimara, who was a lead legal consultant of the study, noted with concern that although the 1995 Uganda Constitution vested land in the hands of its citizens, there are no enabling laws to operationalise “Customary land tenure system”.

Mr. Gimara advised the meeting that if leaders want to protect customary land as was in the case in the past they must register it under “Land Trusts” just like the Catholic and Anglican Churches are managing theirs.

“There will be no customary land in Northern Uganda in the next five years if you don’t wake up now. All land will be individual lands. Even today, there are more than fifty applications for individual land titles. I want to strongly advise leaders to form “Land Trusts” to manage and protect customary land” He says.

However, this suggestion did not go down well with some local leaders who prefer individual land titles for customary land. One of the participants, Dr. J.J. Oloya noted that more than ten different research work has been carried out on Acholi land because it has been found to be the most fertile land with vast swath of it unoccupied compared to others around the world. Dr. Oloya said all the research so far indicates that no one own land in Acholi and that people want security of their land.