LivelihoodRural farmers of Apaa, northern Uganda, have occupied the UN Office in Gulu for more than three weeks

IN August 6, 2018 BY witnessradio.org 1408 views Leave a comment
Livelihood 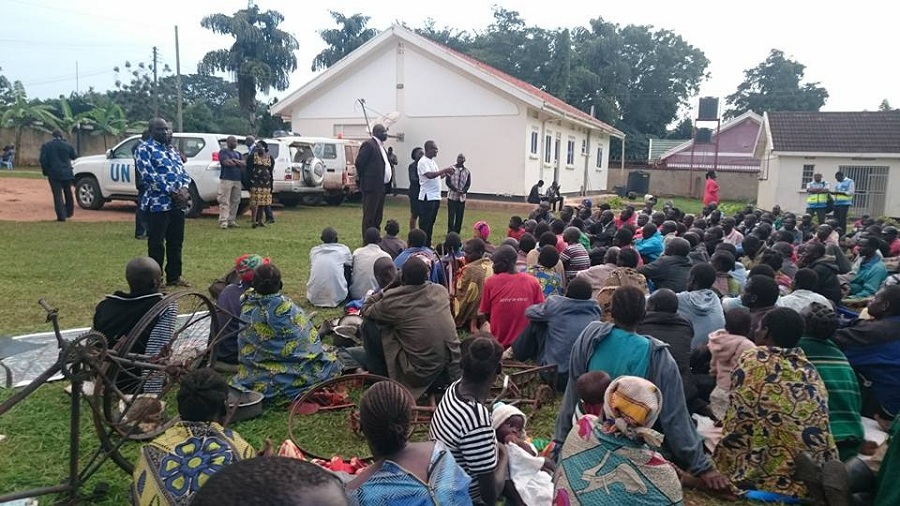 Rural farmers of Apaa, northern Uganda, have occupied the UN Office of the High Commissioner on Human Rights (Gulu) for more than three weeks.

In 2013, Solidarity Uganda began training and organizing Apaa residents against land grabbers and Ugandan armed forces who were trying to steal their fertile, resource-rich lands.

In 2015, Apaa residents protested an attempted land takeover. On the frontlines were a handful of local grandmothers who stripped naked and chased the land grabbers away.

But the Uganda government and its foreign business partners have remained determined to displace Apaa residents and steal their ancestral territory. Armed forces have burned down hundreds of homes, leaving numerous animals and people injured or dead.

The Apaa people have occupied the premise for more than three weeks without any substantial response from the UN human rights body. The UN OHCHR Gulu office has besieged the occupants, blocking media and visitors from accessing their grounds, which are meant to observe an open door policy.

Still, the spirits of the 234 occupiers from Apaa remain high. They are determined to occupy the grounds until the UN asks the Uganda government to call off their soldiers, rangers, and police.