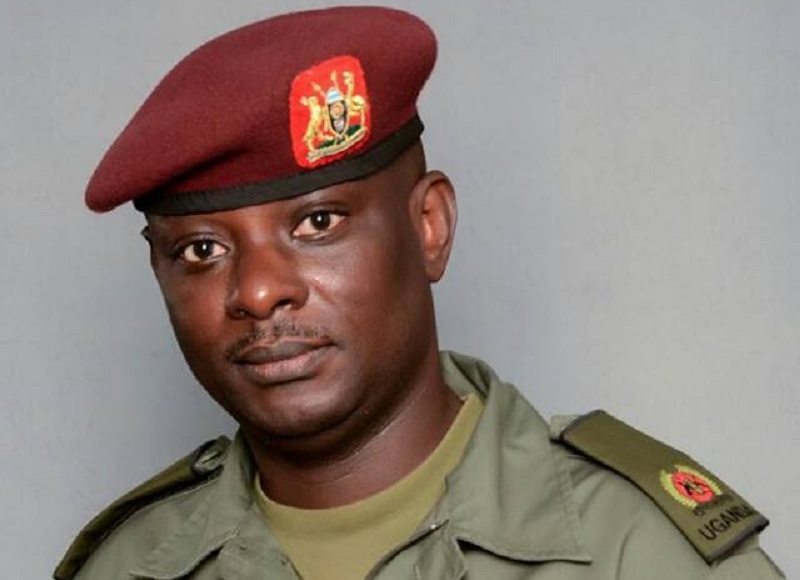 Major Moses Musinguzi attached to Special Forces command has been reportedly cited in a land wrangle with a Congolese investor identified as Mumbere Mutamaini in Namanve industrial park.

According to documents we set our eyes on, Mumbere claims he acquired the land in question that was leased to him in February 2018 through a mortgage with Stanbic bank.

Meanwhile, according to Estates manager Charles Fredrick Otese, he says, his client Mumbere trusted him with the day to day development of some of his property here in Uganda. In particular, the huge chunk of land located on plot 449 and 542 Block number 113 Kyaggwe block in Namanve Industrial park Mukono district sited on 0.8850 hectares whereas a qualified Construction Company was to spearhead the construction of a processing factory which would in turn act as a showroom and warehouses.

On a fateful day, in May 2018, Major Musinguzi by use of his status influence allegedly grabbed land on the said plots above in Namanve Industrial park block 113 in Mukono whose ownership was obtained through a Stanbic bank mortgage on February 15th, 2108 from Alia property developers limited.

More so, in an interview with Charles Ottese, he disclosed to us that Major Musinguzi is again using his position in the army to influence authorities in the matter to have the said land ‘falsely’ taken.

It is alleged that Major Musinguzi approached Criminal Investigations Directorate Headquarters Land Protection Unit Kibuli, in the office of the registrar of lands as part of the team who support his claims.

When UIA officials tasked him to produce the evidence backing up his claims, Major Musinguzi declined as any other ‘guilty person’.

Stella Kanyiike, the spokesperson of the UIA in an interview with the media, she clearly states Uganda Investments Authority (UIA) leased the land to Mumbere Mutamaini which makes him as the sole owner of the land.

She downplayed allegations by Major Musinguzi that he owns the land which he acquired its title from Uganda land commission on the date of  19th 07 2016 that has now turned into a freehold restricted to residential buildings within an industrial park.

Stella concluded that, as UIA, they are going to follow up the case. Later, Mukono Police unleashed Police officers to guard the said land.

However, Major Musinguzi refused to comment on the matter and claims that UIA is still handling the issue.