IN April 18, 2018 BY witnessradio.org 990 views Leave a comment
Livelihood 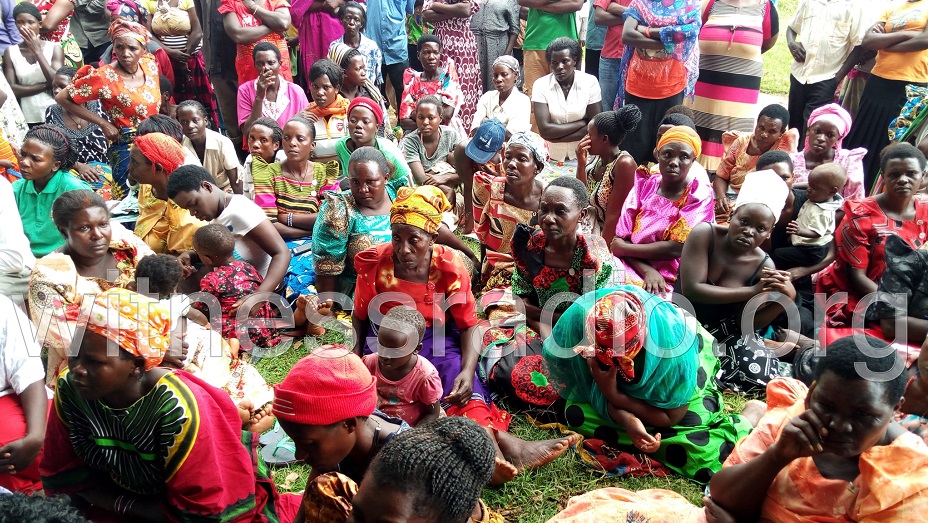 Over 15000 families are facing eviction threats in Kanseera Ward, East Division, Mubende Municipality, Mubende District after over seven (7) businessmen publicly announced ownership of 1812.99 hectares that has been occupied and cultivated by these natives for decades. Mubende is part of Buganda sub region, in the Southern Side of Kampala.

The targeted land is under a freehold tenure, which was once allegedly owned by late Cyprian Mutagwanya, a former Buwekula county chief. County chiefs are appointed and represent His Royal Highness, the Kabaka of Buganda Kingdom at a county level.

Ssemivubo Edward, 69, a resident of Mabale says, he has lived on this land with his family since 1950s, which has been source of their dignity and livelihood. “I have lost sleep since I heard that handful of people are claiming ownership of our land. Our leaders must immediately intervene as many of us are too weak and cannot afford to be evicted off our land which is hosting our properties worth millions and ancestral graveyards among others” said Ssemivubo.

According to businessmen claiming ownership, the land was sold to them by children and grand children of late Mutagwanya.

Other businessmen include; Kayiwa Emmanuel and Ssentamu .D. Peter who did not mention the size of their land but claim they own land on Block 168, Plot 19, Plot 22 and Plot 23 among others.