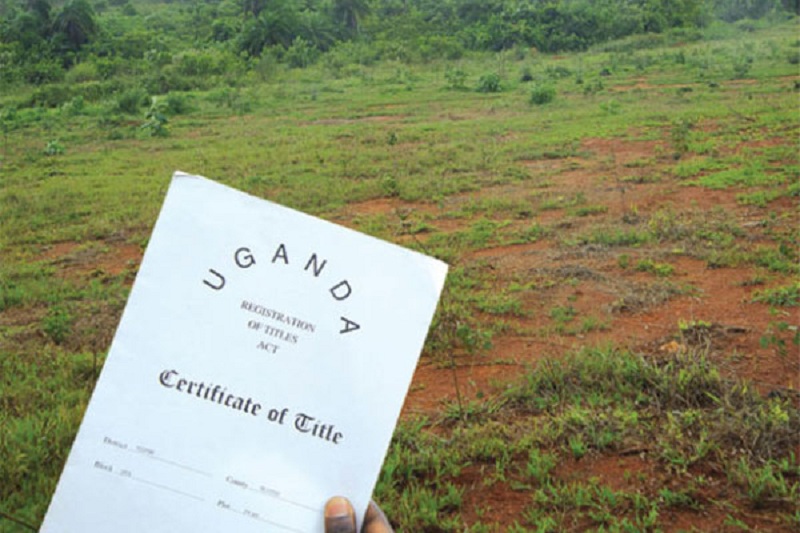 A certificate of private mailo title of land  with over 3000 inhabitants at Kambuye village were forcefully evicted using a forged land certificate,  created and changed three times in an hour on 10th/01/2018 while the current land owner’s transfer date is not registered, witnessradio.org has learnt. The land is registered on block 168, plot 28, East Division, Buwekula county, Mubende municipality, Mubende district.

The 1995 Constitution of the Republic of Uganda recognises four land tenure systems namely; customary; freehold; mailo; and leasehold. Land under Mailo tenure is where land is registered and owned in eternity or perpetuity with its holder having a land title for it.

On April, 17th, 2018, owners number 3 and number 4 before justice Joseph Mulangira at Mubende High Court entered into a consent order to open land boundaries  to ascertain its acreage. However, the land being targeted was “offered” to the former inhabitants of the land of Kaweri Coffee Plantation.

Since October, 2018 with protection from Mubende police, Kaweesi George instead brought onto the land stick-welding and causal laborers armed with pangas to carry out a forceful land eviction.

In an effort to defend their land rights, a fight ensued between native community and Kaweesi’s agents which resulted into death of one Yunusu Tabu (manager for casual laborers) and caused serious injuries on members of either party.

Apparently, a selective arrest of  28 people including two staff members of witnessradio.org was conducted and taken to court, charged with nine counts including murder and aggravated robbery.