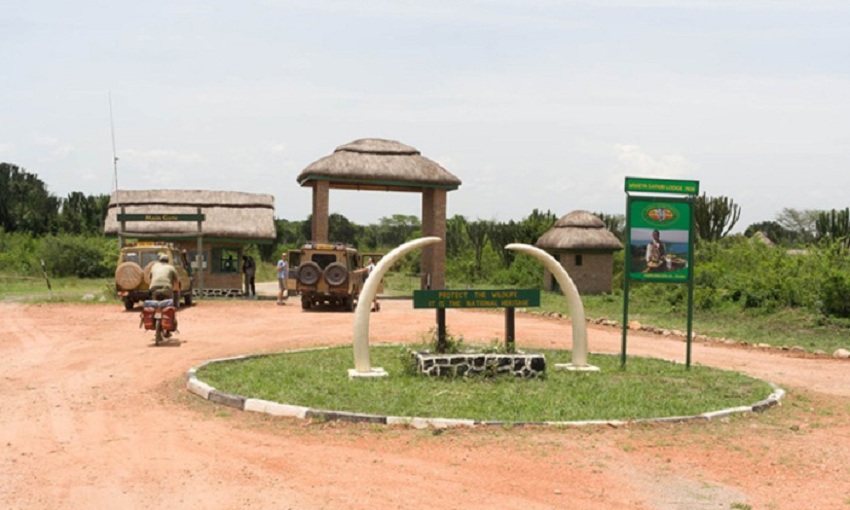 RUKUNGIRI. Residents of Kikarara Parish in Bwambara Sub-county have asked government to reverse a plan to evict them from a piece of land, which is claimed to be part of Queen Elizabeth National Park in Rukungiri District.
The more than 8,000 residents live in nine villages of Garuka, Nyakatemba A, Nyakatembe B, Nyabugando, Kahimbi, Rwesigiro, Nyakabungo B, Nyakabungo A and Kafunjo in Ishasha Sector.

They are mainly of Banyabutumbi tribe and claim the place is their ancestral land. The other inhabitants are Bakiga, who claim to have been resettled there in 1940s from Kabale by the government.
The residents say the area was erroneously gazetted for wildlife protection by government in 1995.
On May 28, President Museveni said government would compensate the affected residents.

“I shall sit with your leaders and we dialogue on the possible ways to compensate people whose land was turned into a national park…..,” he said while campaigning for Ms Winifred Masiko in Bwambara during the Rukungiri Woman MP by-election.
Mr Charles Tukamusherura, the Kikarara Parish chairperson, says residents have been living in fear of being evicted for long adding that they will not yield to any attempts to take them from the place they call home.

“We have lived here for all our lives, our great grandfathers were buried here and no one knows how we came to live in this area. The government wants us out of this land, our land? They want to give it to animals. Everyone who has been coming here since 1996 promises us an answer but we have got none. We still shall be waiting but we shall not accept anyone who says we leave,” Mr Tukamusherura says.

He adds that residents have faced several injustices, including animals feeding on their crops, their domestic animals being eaten by wild animals and at times, and some residents also being killed by animals. When they tell government, they are reminded that they live inside the NP.
“Because we have been waiting for an answer, we have been patient, we have endured a lot, and our people have been killed and tortured. Our crops, our goats and our cows are feeds for park animals and when we complain, government tells us we are living in a place for animals, the park. Who makes the park and when did animals become more important than people to that extent?” he further says.
Mbwa Tract in the Bwindi Impenetrable NP, the Upper Madi area in the Murchison Falls NP, and part of the Mount Elgon NP are other wild life protection areas with contested boundaries.

Kikarara Parish has a government aided (Universal Primary Education) school with at least 800 pupils and a government health centre II.
“We don’t even know the essence of voting, here we have been supporting this government to the extent of voting openly for NRM, but they want us to go away from our land. Every time you want to plant crops such as coffee you fear because you feel like they are going to come and cut it, we live in poverty because of this,” says Mr Evaristo Tushabe, a resident of Garuka.
The Bwambara Sub-county chairperson, Mr Enock Turyamuhabwa, says the sub county and district leadership have made several attempts to have the area degazetted by Parliament.

“We have made teams to follow up this issue and the residents have been hopeful. When the President visited during the recent campaigns, everyone was waiting for him to say this place shall be degazetted,” Mr Turyamuhabwa says.
The Rukungiri District chairperson, Mr Andrewson Charles Katebire, says the area has failed to develop due to the uncertainties.
“People would wish to come and establish tourist camps but they cannot, others want to have land titles to construct permanent structures.

This is also a place where oil was discovered and it’s on people’s land but they fear they may not be compensated when drilling starts,” says Mr Katebire.
Rujumbura MP Mr Fred Turyamuhweza says he has been engaging the central government over the issue, and wanted residents to go to the Justice Catherine Bamugemereire-led land probe and present their case.

“We have lived here for all our lives, our great grandfathers were buried here and no one knows how we came to live in this area. The government wants us out of this land, our land? They want to give it to animals,” Charles Tukamusherura, Kikarara Parish chairperson.

“The current land law allows residents to own land after living there for 12 years. Most people came to the land in 1947 while others lived there even before. This makes this land legally theirs. I don’t know what time it will take but no one should be afraid that government shall evict them,” Fred Turyamuhweza, Rujumbura MP.

“The challenge we have is people wanting to undertake activities in protected areas that are not permissible. Our role is to protect and ensure no one encroaches it. But I cannot say we have had a poor relationship with this community,” Bashir Hangi, Uganda Wildlife Authority spokesman.