IN October 4, 2019 BY witnessradio.org 794 views Leave a comment
land, livelihood and investment Livelihood 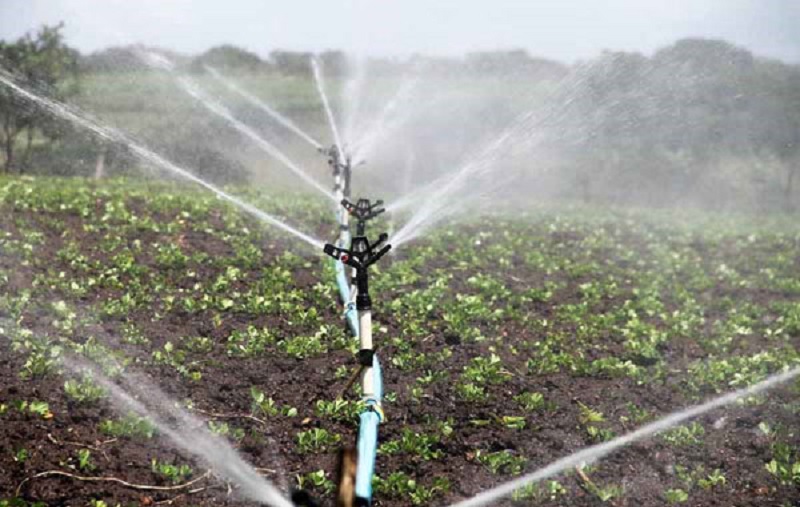 Project. An irrigation scheme in northern Uganda. Residents of Atiak Sub-county in Amuru District have rejected a Shs70b irrigation system, claiming it is a ploy to grab their land. FILE PHOTO

A project undertaken by the government to build a Shs70b irrigation system in Atiak Sub-county in Amuru District, has hit a deadlock after residents labelled the development, a systematic approach to grab their land.
During this year’s State of the Nation Address, President Museveni disclosed that the feasibility studies for the Amuru-Pabbo irrigation scheme were complete.

He said the scheme is expected to boost the agricultural sector for increased productivity.
The project, which is being undertaken by the Ministry of Water and Environment, is meant to sit on a seven sq km chunk of land covering at least 2,000 hectares located on River Unyama between Pawel Kal, Palukere and Pupwonya parishes in Atika Sub-county.

The project relevance
The Water and Environment ministry, in a statement said the project will improve farm income, rural livelihoods, food security and climate resilience through sustainable natural resources management and agricultural enterprise development.
However, land owners in the demarcated area have since declined to offer their land for fear of it being grabbed by the government.
The land owners also argue that similar government ventures elsewhere like Agoro Irrigation Scheme in Lamwo District have not had any impact on the agricultural productivity.

Taking 75 community representatives for a visit to Agoro Irrigation Scheme in Lamwo District two weeks ago, following months of negotiations, could not convince the landowners to offer their land.
Mr Charles Okeny, a resident of Pawel Kal Village, told Daily Monitor that the visit to Agoro Irrigation Scheme simply reminded them of how the project had failed to impact on the lives of local farmers.
“For the past 30 years now, the project in Agoro has yielded nothing because it does not suit the interests of the locals and the water failed to sprinkle. Right now they are stealing and selling pipes and other metallic parts as scrap,” Mr Okeny said.

He added that unless government processes land titles for all the land owners in the project area, they will not trust the project.
Ms Rose Lamaro, a peasant at Lalem A Village, said they are worried that the project will obstruct them from grazing their animals, especially in the dry spell when animals roam freely around the banks of Unyama River.
“I cannot be part of it and I’m not offering my land because, at the beginning they come pleading for the land but next time you will see them deploying soldiers here and not even your cow can cross to the stream to drink water,” Ms Lamaro said.

Leaders concerned
On Wednesday, Ms Linda Auma, the Amuru Resident District Commander, said several attempts to talk to the residents to embrace the project failed.
“I’m scheduled to meet them myself next week and hold discussions with them without involving other politicians, this is a great development that we cannot afford to miss,” Ms Auma said.
In an interview, Mr Michael Lakony, the Amuru District chairperson, said there was a lot of negative politicking against the development. He said rejecting the project was a big disappointment to the district.

“Bad politics in the area is causing all these, others incited landowners that their land will be grabbed once they give government a nod to use it. But we are holding an emergency meeting and consulting with the ministry directly to see that the project is relocated to another area but within Amuru District,” Mr Lakony said.
This newspaper established that in May, a team of engineers from the Ministry of Water and Environment conducted feasibility studies in the project area and this month, they were set to return for boundary establishment before advertising for bids.

Project officials
Attempts to speak to Mr Alfred Okot Okidi, the Permanent Secretary in the Water and Environment ministry, were futile as his known telephone numbers went unanswered.
But the ministry’s senior spokesman, Mr Charles Muwonge, said the ministry was yet to hold another discussion over the progress of the project although he did not disclose the details.
Mr John Bosco Ocan, the Atiak Sub-county councillor, who led the team, said the resistance was met from Abongo Rwot A, Pawel Kal, and Oloyo-mung villages due to lack of sensitisation.