IN October 4, 2019 BY witnessradio.org 430 views Leave a comment
land, livelihood and investment Livelihood 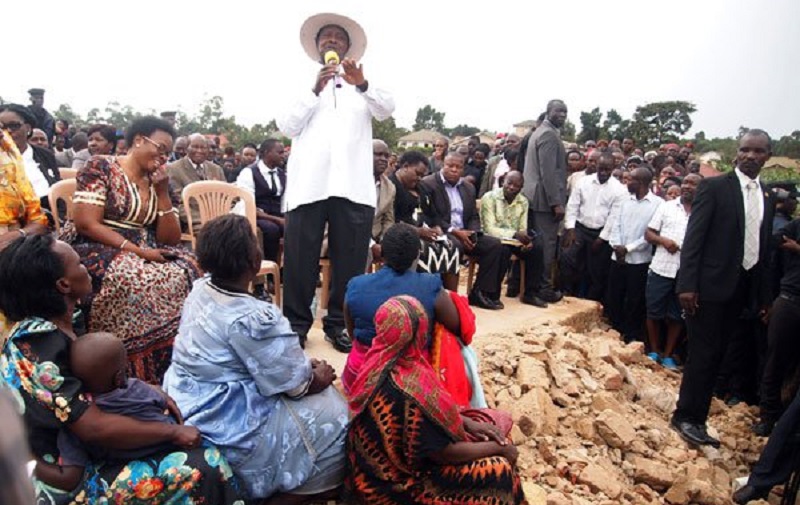 The long awaited judgment for the Lusanja land case has been delivered this morning, with High Court judge, Justice Tadeo Asiimwe ruling that businessman Mr Medard Kiconco is the lawful owner of the land.

The High court Land division has ordered the 127 residents who were evicted from the land on Lusanja located on the Mpererwe-Kiteezi Road to vacate it, they have been given up to 30 days.

A sombre mood engulfed the court room which was filled to capacity by the affected residents when the judge made the final ruling. One of the residents identified as Juma, a boda boda rider fainted in court on hearing the ruling.

The land in dispute is part of a chunk of about 85 acres that the late Paul Bitarabeho bought in 1978 from the late mother of King Mwanga, Namasole Bagalaayeze Lunkusu.

Some of the land in Mpererwe was sold to the defunct Kampala City Council (KCC), which gazetted it in 1996 as a landfill for garbage disposal. That sale proved catastrophic. With time, effluent from the landfill permeated the wetlands and pastures, forcing the family to close the farm.

Court observed that the 127 residents bought the disputed land from the wrong person and therefore trespassed on kiconco’s land who is the registered owner having purchased it authentically from Paul Katabazi Bitabareho in 2016.

According to the evidence presented in court, the 127 residents have agreements stating that their land is at Lusanja in Wakiso District and acquired their Bibanja from Crispa Bitarabeho who had no right to sell the land.

Justice Asiimwe has faulted the LC1 chairperson of Lusanja village Samuel Kibuuka for confusing the residents by signing residents’ agreements for Kampala yet he administers under Lusanjja in Wakiso district.

The Judge has also based on the evidence of a joint -survey report carried out by the parties in this case where it was confirmed that the territorial boundaries of the land are in Mperwerwe, Kampala and not Lusanja, Wakiso district .

The judge has also ordered the Kampala Capital City Authority (KCCA) to put clear demarcations and boundaries separating Kampala from Wakiso district more cases of the kind in future.

The judge based on the evidence he gathered from the Locus visit to this land where Crispa Bitabareho showed him a different and distant piece of land she sold to the 127 .

However, the judge has also ordered Kiconco to compensate four out of the seventeen people he found on the land in 2016 before he took its possession.

Court also rejected Kiconco’s request to be granted Shs500 million compensation in damages, on grounds that there had been confusion on the location the disputed land on the side of the evicted victims, coupled with the ignorance from whom they had to acquire their Bibanja.

The controversial land eviction took place a year ago on October 12, 2018, leaving a total of over 300 families homeless.

This caused a stir in the public domain attracting several politicians including President Museveni who made an impromptu visit to the site days after the eviction.