IN July 12, 2019 BY witnessradio.org 270 views Leave a comment
land, livelihood and investment Livelihood 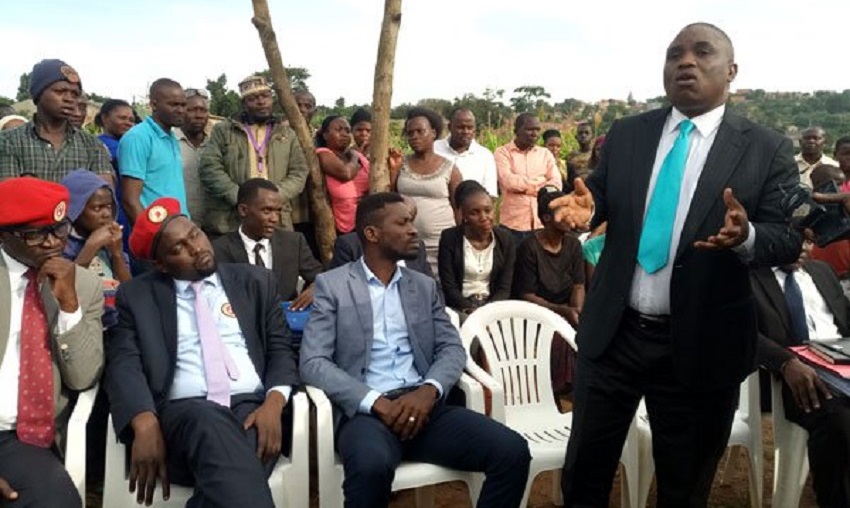 Kyadondo East MP Robert Kyagulanyi alias Bobi Wine and Kampala Lord Mayor, Erias Lukwago have assured the victims of Lusanja land eviction that they will continue fighting for them until justice is delivered.
The two Opposition politicians together with a team of lawyers led by Mr Abdallah Kiwanuka on Wednesday afternoon told the Lusanja residents that they should cooperate so that they can achieve the desired justice in the courts of law.

“We have been on this case and a number of lawyers have been working hard to see that we get justice. We need more cooperation as we move forward,” Bobi Wine told the residents.
Lusanja residents and the alleged land grabber are currently battling a case in court over unlawful eviction from the land which sits on about nine acres.

The case is set to be heard on July 19, when the residents are expected to present before court their witnesses.
Mr Erias Lukwago told the residents to remain focused and not get compromised by the accused who might lure them into confessing otherwise.
“We have seen people like your former LC1 chairman, Mr Kanyike (Fred) who was compromised and betrayed you people. I hope that no one gets to that level,” he said.

“I am not revealing who in particular will stand as a witness in court; we shall have to wait so that our opponents do not realize who it is because they might compromise. We don’t want to take any chances,” Mr Kiwanuka told the residents.
The land dispute arose last year when Mr Medard Kichoncho allegedly acted on a fake court order to evict over 500 people from the land they had occupied for more than a decade.