IN October 4, 2019 BY witnessradio.org 1032 views Leave a comment
land, livelihood and investment Livelihood 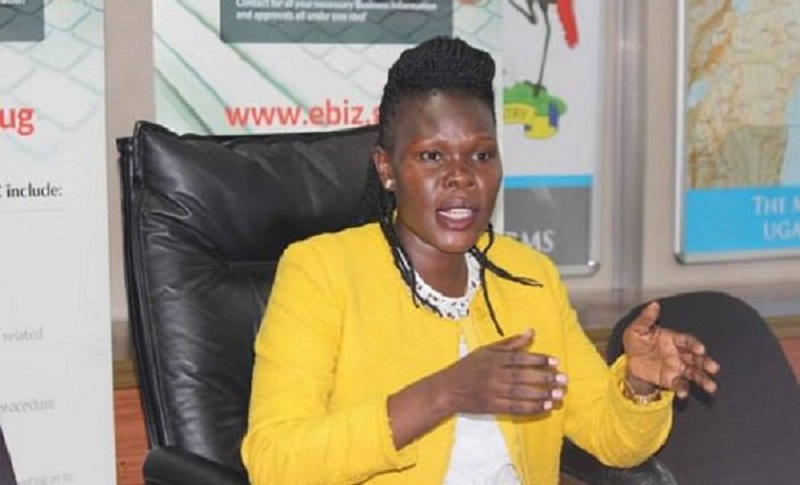 Kampala, Uganda | State Minister for privatization and Investment Evelyn Anite has said that a number of fake investors are being aided by middlemen and land brokers to grab land from bonafide Ugandan occupants.

Anite says that the middlemen front non-existent foreign investors to cheaply secure land from the government and that a number of such fake deals have been cancelled by her ministry after the investors failed to comply to the agreed investment terms.

It is alleged that there was a fraudulent transfer of land to Patel, facilitated by Jinja West Member of Parliament Moses Grace Balyeku at 2.4 billion Shillings’ shillings. Tirupati Development alleges that it was defrauded of the land having secured a sub-lease over it from Jinja Municipal Council on October 31, 2007, for setting up a public Recreation Park.

Documents obtained by the Commission of Inquiry into Land Matters indicates that Patel’s freehold title was granted on August 2, 2019. Jinja Municipality West MP Moses Balyeku has since backed Patel’s title as genuine telling the Commission that he fronted Patel, his business associate to prevent the development from being entangled into local politics.

Officials of Jinja District Land Board have since denied approving the grant of the title to Patel citing forgery of meeting Minutes, duress and influence peddling among others. Anite this morning told the commission that middlemen such as Balyeku are Criminal Mafias presenting barriers to investment in the country.

Anite was summoned by the Commission of Inquiry into Land matters to explain why she recommended Thummar Jay Magnalal Patel to the Lands Minister Betty Amongi for assistance in finding suitable land for setting up his shopping Mall in Jinja Municipality.

But she told the Commission that the responsibilities for the transaction must be placed at the feet of the Ministry of Lands as the mandate and not the Ministry in charge of the investment. She said her ministry is only charged with finding land for domestic and foreign investors intending to set up mega investments in industrial parks, not shopping malls, like the case is, for the land in question.

Anite added that she authored the letter after MP Balyeku approached her office to assist the alleged investor to find the land and gazette his land in Buikwe as an industrial park for him to benefit from investment incentives and invite President Yoweri Museveni to commission 10 out of 20 factories he had set up in Jinja.

On Tuesday, Lands Minister Betty Amongi said she acted on recommendations from her counterpart Evelyn Anite who had given her the impression that the investor had the backing of State House and senior politicians from Jinja Municipality.

Anite said she expected the Lands Minister Betty Amongi to respond to her letter before the land was allocated to the investor, but was surprised that the Minister never wrote back. She said the next thing she heard about the investor was that he was under investigations for securing freehold title over public land.