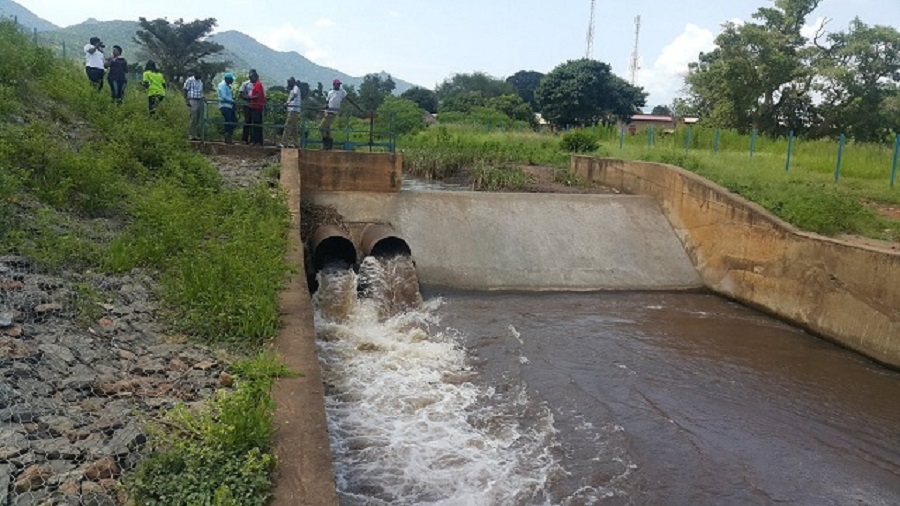 Kampala, Uganda |  Farmers in areas neighboring Agoro river are struggling to access water following a change in the design of channels flowing atop of Langiya hills in Agoro sub-county, Lamwo district.

Stretching several kilometers through the North East and Western part of Agoro, Langiya hills provides a natural shield that separates the area from volatile South Sudan. From the hills, flows Agoro river that has over the years bred life to agriculture, one of the predominant economic activities undertaken by the residents besides cattle keeping.

The area, covered in the lavish green vegetation and outstanding scenery, was the food basket for the region until the recent past when it was hit by the effects of climate change. To address the challenge, the government established a gravity-fed scheme with intake from river Agoro to boost crop farming in the parishes of Pobar and Rudi.

Gaudensio Obonyo, a farmer and resident of Pobar parish in Tegot Kwera North village says the first design of the Agoro self-help irrigation project provided water in abundance to farmers who had lost hope in farming due to prolonged droughts in the area. It gave rise to the production of crops like rice, maize, sweet potatoes, green vegetables and sugar cane.

But the design was changed when the government introduced what they said was a modern scheme for a larger population of farmers. The rehabilitation undertaken by the Ministry of Water and Environment cost about 27 billion Shillings and targeted at least 10,000 farmers.

Obonyo however says that unlike the first design which supplied water sufficiently, the new scheme is of no help since water hardly reaches farms due to the deep concrete water canals. Obonyo says he has abandoned rice farming and currently grows maize and green vegetables which are solely dependent on the rainfall cycles.

Lelo Lukol, another farmer and resident of Pobar shares a similar plight. He says the designers of the irrigation scheme erred and dug deep water channels which cannot supply water to the farmlands which are above the channels.

Lukol suggested that the contractors should consider urgently renovating the channel and water reservoir adding that they should be raised above to match with the levels of the farmlands.

He notes that some people are currently using sandbags to raise the water levels flowing from the channels to match their gardens adding that many farmers have also relocated to farm in different areas.

Lamwo district chairperson John Ogwok acknowledges that the design flaws have had setbacks on the success of the irrigation scheme since its rehabilitation. For instance, Ogwok says it has become costly and tedious for local farmers to fill up bags with sand and build it along the water canals to purposely raise the water levels to flow into their farmlands.

Recently, the government, through the Ministry of Water and Environment announced plans to renovate the Irrigation scheme to address the defects. But Ogwok says the commencement of the renovation is slow. He said that some of the farming equipment at the site including is wasting away.

The Water and Environment Ministry’s Spokesperson for Northern Region Brenda Akao told URN that the process for the rehabilitation of the scheme is on course.