IN September 24, 2020 BY witnessradio.org 396 views Leave a comment
Livelihood 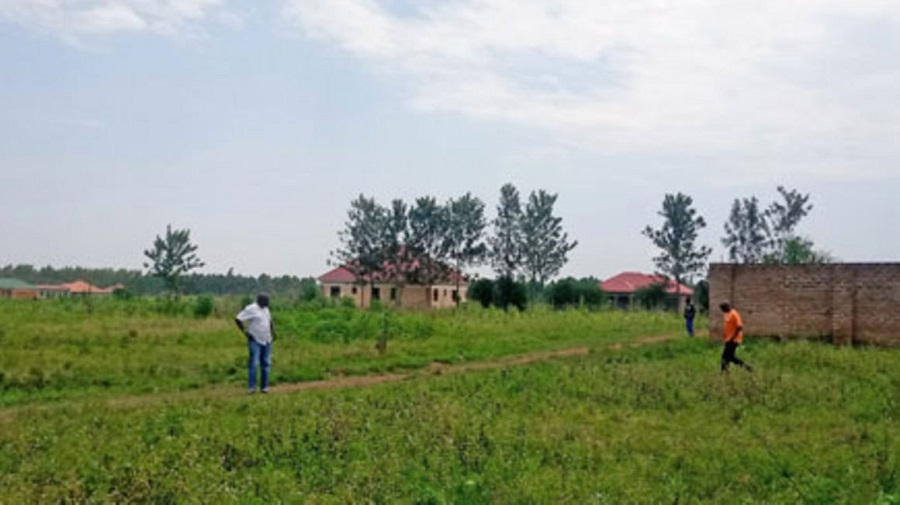 A section of Bunamwani clan land where cases of land grabbing are on the rise in Mbale City. PHOTO | FRED WAMBEDE

On October 4, 2011, the National Forestry Authority (NFA) surrendered 85 acres of land, which had been part of Mbale Central Forest Reserve in Mbale City to Bunamwani clan after a protracted court battle.

The land which neighbours the forest and runs through Bukasakye Sub-county and part of Nauyo-Bugema Town Council, was parcelled out and Bunamwani clan took 51 per cent, which was an equivalent of 43.35 acres.

The other stakeholders, including Mr Davis Wakane, who was the clan attorney,  reportedly played a role in the process of reclaiming the land from NFA and sharing the remaining acres.

The sharing was done as was agreed by the parties in their Memorandum of Understanding signed on July 24, 2012, which Daily Monitor has seen.
The clan, with more than 63 families, also parcelled out their portion to members under the leadership of then clan chairperson, Mr Lasto Masaba. Mr Masaba died in October 2016.

One faction is now led by Mr Richard Magombe, a son and heir of the late Masaba while the other is led by Mr Paul Wasike, who was reportedly elected by the general assembly in 2017 .
Leaders and residents say lack of streamlined leadership is one of factors escalating cases of land grabbing and disputes, which came into the limelight in 2018.

This was after Mr Umar Nangoli, the former Mbale Resident District Commissioner (RDC), together with the then regional police commander, Mr Jacob Opolot,  pleaded guilty to taking bribes in form of land belonging to the clan before the Catherine Bamugemereire led- commission of inquiry on February 1.

Mr Sulaiman Ogajo Baraza, the RDC, told Daily Monitor that one of the plots of land is being sold to different buyers by the different clan members, which he said was fuelling confusion and disputes over land ownership.
He added that the land wrangles on the Bunamwani land have become a security threat yet the land has several investments.

Mr Ogajo wrote to the secretary of the commission of inquiry into land matters on February 18, 2019, informing them that some clan members were land grabbers.
A walk through the roads that have been demarcated on the Bunamwani land  shows settlements.

On either sides, construction of houses is still ongoing on several plots despite the commission of inquiry halting such activities.
“We settled here last year after constructing this house but someone has taken us to court claiming he is the rightful  owner of this land,”  a woman said on condition of anonymity.

The source added that they bought the land from one of the clan members with consent from Mr Magombe but they were later told he was not the legitimate clan head.
Mr Frank Musisi, one of complainants, said he bought the land from a one Henry Nalyanya in 2012  only to find out that another person in the name of Kadiri Wamugwe had been allocated the same plot.

“I bought one acre at Shs25 million but another person trespassed on the land, claiming to have also bought it from another clansman,” Mr Musisi said.
Mr Zadoki Meya, another complainant and clan member, said the land he was allocated was grabbed.

Another developer identified as Ali Traure, a Senegalese by nationality,  said most land grabbers have titles but without sales agreements.
“They always have a secondary document, which is a land title but no sales agreement,” he said.
This newspaper found out that most of the plots have more than two people claiming ownership.

Mr Isaac Mabonga, the former secretary general of the clan, said greed among the few members belonging to the faction led by Mr Mabonga is fuelling land conflicts and damaging the image of Banamwani people.
“There are clan members who have gone on rampage to grab other people’s  land and sell it using forged signatures and stamps,” he said.

Mr Mabonga alleges that the land he was allocated as a clan member was also grabbed and sold fraudulently. When contacted, Mr Magombe declined to delve into details .
“I am the chairperson and it is true, we have cases of land grabbing,” Mr Magombe said before hanging up.
Mr Stephen Wanieye Watanga, who is the clan coordinator,  said they elected Mr Wasike as their chairperson to replace the late Masaba and claimed Mr Magombe is masquerading as their head.

“The rightful chairperson of the clan is Mr Wasike. Mr Magombe is heir of his father not of the clan as some people claim,” Mr Watanga said.
He said the current confusion has also frustrated their efforts to reclaim more 43 acres from NFA because they were supposed to get 128 acres.
“We were supposed to get 128 acres. We only got 85 acres but we cannot proceed due to the current leadership confusion,” Mr Watanga said.

Daily Monitor has seen documents signed by Mr Wasike and Mr Magombe on behalf of Bunamwani clan.
However, Mr Fred Masaba Kuranga,  Mr Magombe’s brother, dismissed allegations that Mr Wasike is chairperson.
“Since the death of my father, we have never elected a new chairperson. The instruments and tools of power are still at our late father’s home,” he said.

Illegally operating
Mr Kuranga, who is also the LC3 chairperson of Nauyo-Bugema Town Council, added that Mr Magombe and Mr Wasike are operating illegally.
Mr Kuranga said before the NFA handed the land to the clan, the encroachers had already grabbed part of it.
He also dismissed allegations that there are cases of land grabbing orchestrated by his brother in which he is an accomplice.
Mr Wasike said he is aware of the cases but denied being involved.

However, Mr Soita Jamba,  a clan mobiliser, said there are more than 50 complaints filed at Mbale Central Police Station on illegal sale of land for the past four months but police are too slow to act because of corruption.
“Police have been compromised and they are part of the problem,” he said.
Mr John Masika, a resident of Marale Village, said the State House Anti-Corruption Unit led by Lt Col Edith Nakalema should take over the matter.

“The police top leadership has been compromised. When people file their cases, they just ‘sit’ on the files and solicit bribes from the accused,” Mr Masika said.
However, Mr Rogers Taitika, the Elgon police spokesperson, refuted allegations that  police officers handling land dispute have been compromised.
The land currently houses University Link High School,  Cream Nursery and Primary School and the offices of JENGA, an NGO, among others.