IN May 29, 2020 BY witnessradio.org 279 views Leave a comment
land, livelihood and investment Livelihood 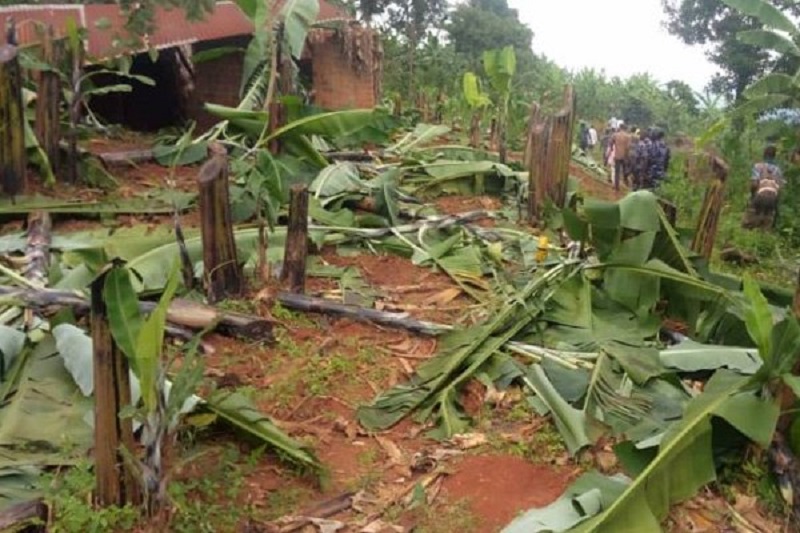 One person has been killed and five houses torched after a fight broke out among family members in Bwikhonje village, Busano Sub County in Mbale District over ownership of the land on Tuesday.

Police have already arrested two of the family members (brothers) in connection to the incident that resulted into the death of a 52-year-old woman identified as Atonina Kakai.

According to eyewitnesses, the scuffle started after the deceased tried to stop the suspects from selling off the disputed land amounting to two acres.

The Elgon region Police Spokesperson, Mr Rogers Taitika confirmed the incident, saying so far two suspects have already been arrested for killing their aunt. The suspects allegedly kicked the deceased in the stomach.

“We got information from local leaders in the area that two brothers have killed their aunt over land. We rushed at the scene and managed to arrest the suspects and we are hunting for others to help us in investigations,” Mr Taitika said.

“They tried to rush her to Busano Health Centre III for medication but she was pronounced dead on the arrival,” he said.

As a result of this, the angry residents, according to Mr Taitika, torched five houses, destroying acres of banana plantations that belong to the suspects.

“We have information that the ring leader (Sam Wanale) one of the suspect was given a piece of land sometime back and sold. He (Suspect) wanted again to sell another piece of land which the deceased declined, “he said.

Police called upon residents to remain calm as investigations go on and cautioned them against taking the law into their hands.

A family Member who preferred anonymity said the suspects wanted to sell the land to buy motorcycles.

The deceased’s body was taken to Mbale Municipal Mortuary for postmortem.

Land has become an epicentre of disharmony among communities in the country.