IN October 1, 2020 BY witnessradio.org 353 views Leave a comment
Technology 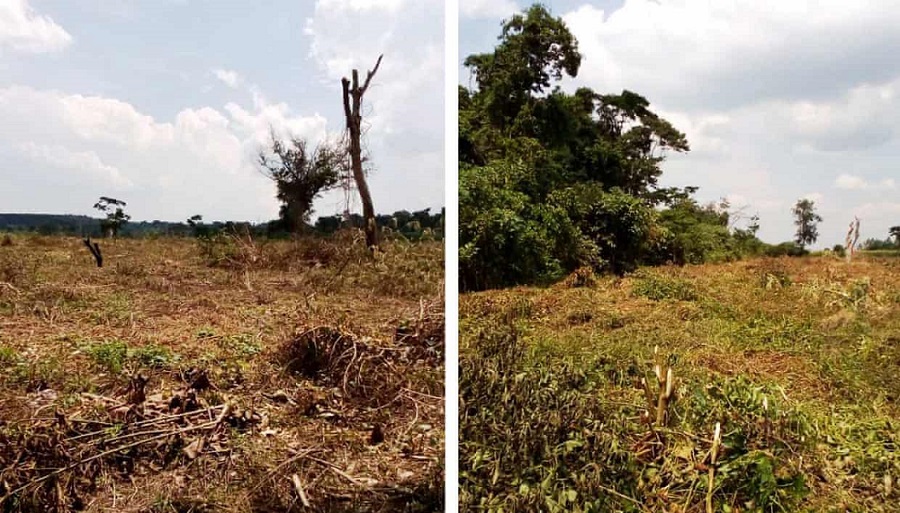 Conservationists say clearance of Bugomo reserve for plantation is blow to biodiversity and country’s reputation on wildlife.

Conservationists have branded a decision by the Ugandan high court to allow swathes of forest to be cleared for a sugarcane plantation “an unforgivable shame for all people”.

Work to clear 900 hectares (2,223 acres) of Bugoma Forest Reserve, in Hoima, began last month after the court ruled that the land, leased by Hoima Sugar Company Ltd, lay outside the protected area of the forest. The court ordered the National Forestry Authority (NFA), which manages it, to vacate the land and remove the military officers who had been guarding it. The NFA has appealed the decision.

The land was leased to Hoima Sugar, which has a 70% shareholding in Kinyara Sugar Works in neighbouring Masindi district, in 2016 for 99 years by Solomon Iguru Gafabusa, king of the ancient kingdom of Bunyoro-Kitara. He said the leased area was ancestral land and not part of the protected forest.

Rajasekaran Ramadoss, agriculture manager at Hoima Sugar Company, said the proposed sugarcane plantation would “improve the standard of living of those people” in the area.

In the environmental and social impact assessment report submitted with its application for a sugar plantation, the company said it would also build schools and a hospital, develop an ecotourism project that comprised an eco-lodge, walking trails and a campsite, and replant the degraded area.

But Costantino Tessarin, chairperson of Association for the Conservation of Bugoma Forest, said: “Whether the land falls inside the boundaries of the gazetted reserve or not … is a merely sterile exercise for primary school students.

“Because the reality is that we are talking about [an] ecosystem of international importance that cannot be discussed in parts and pieces,” he said. The decision to go ahead with clearing the forest was “an unforgivable shame for all people of common sense, not only in Uganda but in the world”.

Conservation groups and forestry experts have long warned that destroying even just a part of the forest’s diversity would lead to a loss of fauna and flora, and affect the water levels of the River Nile.

“We consider this plan not only detrimental to the Ugandan government plans to develop and invest in tourism in Bugoma Forest, but to the overall fragile and rich ecosystem [which] will simply be irreparably compromised,” said Tessarin, who is also director of Uganda Jungle Lodges and owner of Bugoma Jungle Lodge.

Onesmus Mugyenyi, coordinator of the Forest Governance Learning Group, an informal alliance of 10 African and Asian states that advocate for the protection of forests, said investors in ecotourism and conservation “have much to complain about and need the protection of their investment”.

“Moreover, the development of ecotourism activities will have a broader impact on the livelihood of the people in the area.”

The reserve, which covers 41,144 hectares, is the largest remaining block of natural tropical forest along the Albertine Rift Valley and adjacent to Budongo Forest and Semuliki National Park. It plays an enormous role in preserving wildlife migratory corridors.

It is home to 23 species of animals, including an estimated 550 highly endangered chimpanzees, Ugandan mangabeys (an endemic primate), 225 species of birds and 260 species of trees.

According to the survey by the ministry of tourism and antiquities in 2019, Bugoma, which lies about 250km north-west of the capital, Kampala, is due to have its status upgraded from a reserve to a national park, which would put it under the management of the Uganda Wildlife Authority.

“Sugarcane is not only environmentally unfriendly in general, but in particular when it becomes the buffer zone of a tropical rainforest,” said Tessarin.

He said sugarcane was not the best crop to use as a buffer zone around a protected area because it doesn’t mix well with wildlife. “There are crops and landscapes which are more appropriate in buffer zones areas where there are chimpanzees and … almost 10 species of primates, plus other wildlife,” he said.

Forest have shrunk from 24% of Uganda’s total land area in 1990 to 9% in 2015, because of land disputes and deforestation, according to State of Uganda’s Forestry report.

“To throw away Bugoma would be to throw away rain, biodiversity,” said Cathy Watson, head of programme development at World Agroforestry. “It would also be to throw away Uganda’s reputation on the climate, forest and wildlife front.”

Conservationists have launched a social media campaign, “Save Bugoma Forest”, and are petitioning President Yoweri Museveni to intervene.

“It is necessary that the government of Uganda and the national institutions intervene to resolve a matter that cannot be just a legal battle in court and cannot be only about boundaries of proposed land titles,” said Tessarin.