IN August 26, 2020 BY witnessradio.org 500 views Leave a comment
Technology 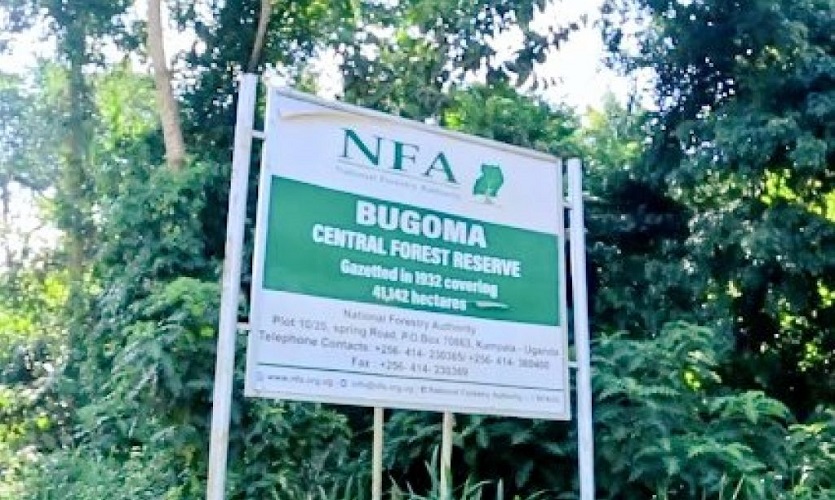 A group of environment conservation activists have protested clearance of Hoima Sugar Limited to use 21 square miles carved out of Bugoma Central Forest Reserve to establish a sugar factory alongside other developments.

The ownership of the land was contested by the Bunyoro Kingdom, Hoima sugar on one hand and the National Forestry Authority on the other hand. In the last five years, NFA has lost two cases as Judges ruled in favour of Hoima Sugar limited and Bunyoro Kingdom.

The clearance is contained in a certificate of approval for the Environmental and Social Impact Assessment (ESIA) report issued by the National Environment Management Authority (NEMA) that authorises Hoima Sugar limited to undertake the said development.

“We call upon NEMA to retract its impact assessment and allow the land revert to the natural forest. The country stands to benefit better and greater from the natural forest than a sugarcane plantation,” John Mary Odoy, the board chair of Climate Action Network Uganda said during a press briefing in Kampala on Tuesday.

This, according to Odoy, has had adverse effects on the environment and increased temperatures leading to food insecurity and outbreak of diseases

Bugoma which covered 41,144 hectares is the largest remaining block of natural tropical forest along the Albertine rift valley

Uganda risks losing 260 species of trees and 23 species of animals including over 500 chimpanzees and 225 birds that reside in the forest risk losing their homes.

Hussein Muyinda, executive director for Earth and Rights Initiative said they shall challenge NEMA’s power in giving away licenses, saying it contradicts with different articles of the constitution.

“For instance, sections 81 (3) (b) of the National Environment Act 2019 which empowers NEMA to issue licenses to entities contravenes with Article 39 and 245 (a) of the constitution,” Muyinda said.

He explained that they want these powers trimmed and others channelled to other organs of government like Parliament.

Deborah Namsamba, the programmes officer at Development Watch, a conservation agency based in Luuka district said they are disappointed that NEMA prioritised sugarcane growing and development over lives.

She said Uganda already has enough sugarcane in Busoga, some of which lacks market and is rotting away in plantations.

“Farmers in Busoga are stuck with their sugarcane and are selling it at giveaway prices of as low as sh60,000 per track while some of it is rotting from gardens due to lack of market,”