IN August 21, 2020 BY witnessradio.org 291 views Leave a comment
Technology 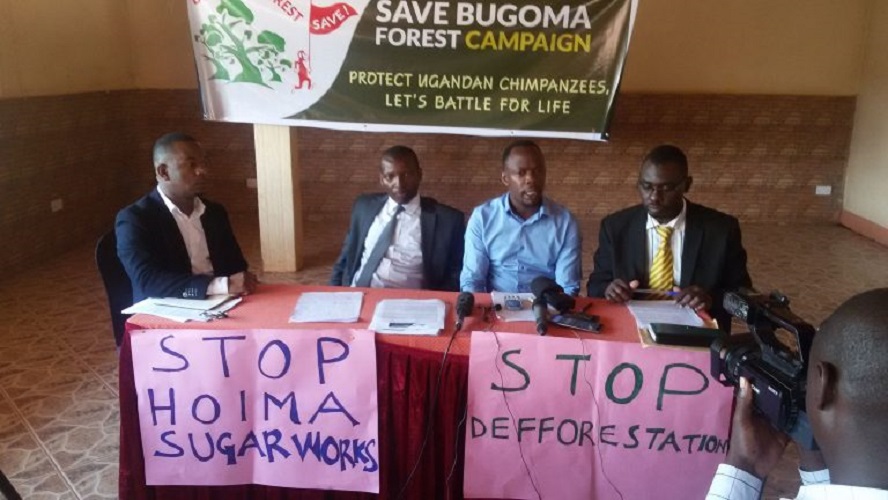 The National Environment Authority (NEMA) has rejected a proposal by Hoima Sugar Ltd, a sugar Cane company to plant sugarcane on the Bugoma Forest Reserve contested land ending a 4 year protracted battle between government and the sugarcane company.

In a certificate issued by National Environmental Management Authority (NEMA), guiding on how the land on Bugoma in Kikuube distritct should be used, Hoima Sugar have been allowed to grow sugarcane on only nine out of the 21 square miles, which NEMA deems fit for human activity since it is grassland (no forest cover).

The development sends relief down the spine of environmental activists across the globe who had protested the occupancy of Hoima Sugar on the land. However Hoima Sugar Ltd Spokesperson Sheila Nduhukire has called the decision unfair and absurd.

“Despite a court ruling to the effect that this land is not part of Bugoma Forest reserve, we are disappointed that NEMA chose to deny us the right of possession of more than half of our legitimately acquired land (13sqmiles),” Nduhukire said.

“We are a green and law-abiding company, we shall abide by the order from NEMA as we exploit the available legal options,” Nduhukire added.

The Kingdom gave 41,144 hectares of land to Hoima Sugar for development and to set up a sugar plant and sugarcane plantation. But due to the wrangles that arose out of this agreement, the project derailed since 2016.

It further attracted a court suit and on 25th April 2019, the Court of Appeal ruled that the company (Hoima Sugar) should occupy 22 square miles of the disputed forest land in Kikuube District in western Uganda.