TechWitness Radio – Uganda, Community members from Mozambique and other organizations around the world say NO to more industrial tree plantations

IN September 21, 2020 BY witnessradio.org 382 views Leave a comment
Tech Technology 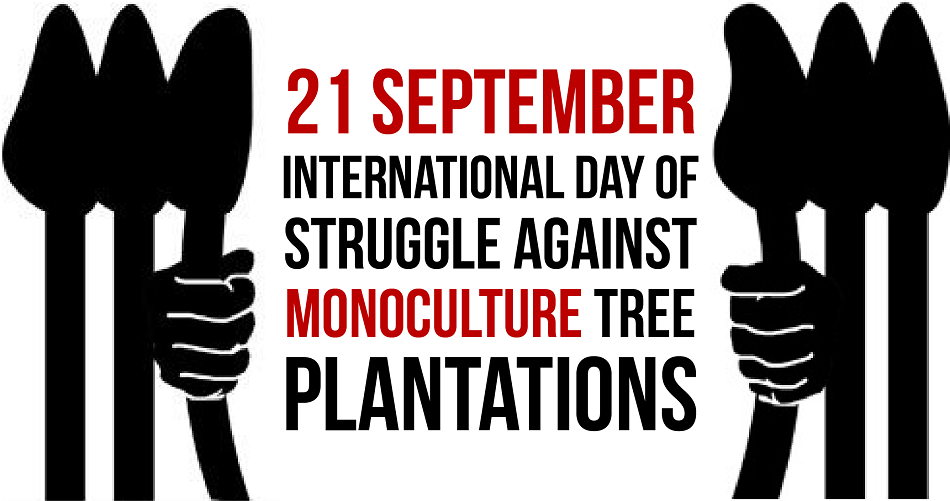 21st/09/2020: Kampala – Uganda – As we commemorate the International Day of Struggle against Monoculture Tree Plantations, Witness Radio – Uganda together with more than 730 members of Mozambican communities, and 120 organizations from 40 countries, have signed and released an Open Letter demanding the suspension of plans to expand such monoculture plantations in the Global South, especially in Africa.

The letter warns of the “real danger of a gigantic, worldwide expansion of monoculture tree plantations”, under the false pretext of ‘reforestation’. Governments of the Global North are placing their bets on this, while refusing to take the measures necessary to avoid climate chaos. Thus, they perpetuate the capitalist model of unfettered exploitation and destruction, mainly in countries of the Global South, to the benefit of the private profits of a few.

The letter denounces a report produced in 2019 by the African Development Bank (AfDB) and WWF-Kenya, which identifies 500,000 hectares of land in 10 African countries suited for industrial tree plantation by private companies. This report invites the Cooperation Agencies of North European countries and the World Bank through the International Finance Corporation (IFC) to invest public money in this expansion. This proposal ignores the existence of communities on these lands, as well as all the calls and struggles by communities against this kind of project. It is unacceptable that in this day and age, governments of the North should impose their plans on communities in 10 African countries without them having access, let alone the ability to opine on such plans.

The letter demands that “the non-public version of this study be published immediately by the AfDB and WWF-Kenya so that its content may be known”. It also demands that national governments of the Global South no longer follow the dictates of the World Bank and Northern governments, and reject the privatization of community lands and their transfer to private capital, as is currently happening in Mozambique. The letter demands quite the opposite, i.e., “a wide-ranging review of the process of allocation of land to plantation corporations, ensuring the return of land to the communities that depend on it”.

The letter concludes by saying that ”We reiterate our solidarity on this September 21st with the legitimate and just struggles of communities that resist the advance of plantations all over the world and strive to take back their lost lands. The struggle continues!”