TechnologyArtisanal miners’ agonizing tales at the hands of mineral police

Artisanal miners’ agonizing tales at the hands of mineral police

IN October 1, 2020 BY witnessradio.org 251 views Leave a comment
Technology 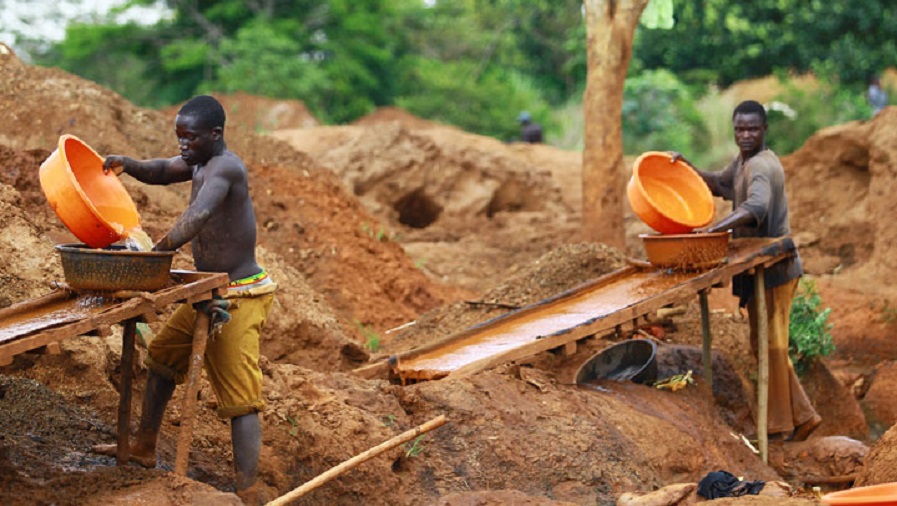 A police officer hit me with a baton, I became unconscious, only to wake in hospital,” narrates Fred Ssentamu as he displays scars from beatings when The Observer visited his home in Lugingi, Kitumbi sub-county, Kassanda.

Ssentamu is one of the hundreds of artisanal and small-scale gold miners who have suffered human rights violations at the hands of the Police Minerals Protection Unit (PMPU). These violations include intimidation, extortion, confiscation of ores, physical abuse as well as displacement from villages.

These allegations of brutal harassment and human rights violations of artisanal miners at the hands of PMPU are common in many gold, tin, tantalum and tungsten mining areas mainly in central and western Uganda. “These police officers are to too brutal,” Ssentamu says.

Indeed, his testimony is not an isolated case as The Observer found out. His neighbour shares a similar harrowing tale, “A police officer ordered me to kneel on piercing stones as his colleague handcuffed me. Then, another afande [police officer] was beating me in front of my children,” she narrates.

To foot the medical bill, Ssentamu says, his family sold his motorcycle for Shs 3 million. Artisanal gold miners in many parts of the country accuse the PMPU of hiding under the cover of cleansing the minerals sector of illegal mining to harass, torture and even maim artisanal miners, among other human rights violations.

Miners say, instead of offering local protection, the PMPU officers have turned their guns against civilians and artisanal miners. “It is a whip and a gun that rule in these mines,” another miner narrates, before asking the police leadership to rein in errant PMPU officers.

The PMPU was created in 2017 by the then Inspector General of Police (IGP) Gen Kale Kayihura. It is charged with, among others, inspection, monitoring and surveillance to detect and prevent illegal mining as well as to sensitize mining communities on safe mining practices. Gen Kahiyura appointed Superintendent of Police (SP) Jessica Keigomba to head the unit.

However, three years after its creation, PMPU is on the spotlight again over human rights violations and involving itself in illegal mining. Simon Alibariho, artisanal miner at Katenga goldmine in Buhweju district, remembers when PMPU violently evicted them from the mines which left some miners nursing injuries.

“When they [police] came, they started beating us without any explanation. Some people were injured in the process. We are Ugandans; why is police beating us when we are here to eke out a living, even cows are no longer beaten,” Alibariho wonders. He says though artisanal miners mine without licences, it shouldn’t be a ground for beating and treating them violently.

In an ugly incident of human rights violations, a police officer attached to PMPU shot and injured an artisanal miner following a simple verbal exchange in Lugingi mine recently.

“We failed to agree with the officer; so, he told me “I promised to shoot you in the head.” Those are the last words I heard; the next thing I woke up in hospital in pain nursing injuries from gunshots,” one of the miners in Kassanda district narrates.

In a clear manifestation of impunity, the officer has never been reprimanded, arrested or prosecuted for the shooting. In June, 2020, John Mufumbira, one of the artisanal miners and a member of Kassanda Miners Association, complained to the police Professional Standards Unit (PSU) against Superintendent of Police Sarah Mwesigwa, who is the administration and finance officer of PMPU, over the unit’s harassment and human rights violations against artisanal miners.

However, Mufumbira says to date he has not received any response. Francis Mwijukye, the Buhweju MP, concurs with artisanal miners on the brutality of PMPU officers. “These police officers are extorting money. If you don’t give them money, they will chase you away and the process of chasing is dehumanizing,” he notes.

Carolyne Nakajubi, the extractive governance officer at ActionAid International Uganda, says it is unfortunate that PMPU has misused its mandate to stamp out illegal mining and instead turned its guns on the civilian mining population. She urges PMPU to respect and uphold human rights in enforcing the law.

Henry Nickson Ogwal, the director, Programs and Policy at ActionAid Uganda, calls for the probe into PMPU. “Those who have evidence on human rights violations shouldn’t be intimidated when they talk. Such violation is unacceptable in a democratic Uganda and must be probed. Meanwhile, the PMPU command structure and mandate should be reviewed,” Ogwal says.

In addition to human rights violations, PMPU has also been accused of engaging in gold-mining after evicting artisanal miners. “The PMPU has become a mining police. They are the ones now doing the mining,” says Deusdedit Beinomugisha, an artisanal miner from Buhweju.

However, Moses Karakire Musinguzi, the PMPU head of operations, denies the allegation that the unit is engaged in illegal mining activities.  “If there is a police officer involved in mining, then he or she should be reported to PSU.  You can also take them to court and prosecute them individually if you have evidence,” Musinguzi said recently. “Some of these mistakes are individual, but not institutionalized.”

In a recent interview with NTV Uganda, Sarah Opendi, the minister of state for Energy and Mineral Development, confirmed that some security officials are indeed engaged in illegal mining. “I know some people within the security circles have also gotten involved in mining but I want to tell them that what they are doing is actually wrong. You don’t go and mine simply because you have a gun, which I [artisanal miners] don’t have,” she said, before pledging that offices who have deviated from their cardinal responsibility to switch to mining will be brought to book.

It is on the background of these human rights violations that civil society organizations (CSOs) have asked the Uganda Human Rights Commission (UHRC) to do an investigation into the allegations and bring the culprits to book. In a press statement recently, the CSOs further accuse police of illegal gold mining under the cover of law enforcement.

Don Binyina Bwesigye, the executive director, Africa Centre for Energy and Mineral Policy (ACEMP), says PMPU has overstepped its mandate. “This has exposed artisanal miners to cruel treatment from security organizations such as police and the army,” Bwesigye said in a statement.

Bwesigye argues that without any law, the PMPU has taken over many of the supervisory and regulatory roles that the Mining Act vests in the Directorate of Geological Survey and Mines (DGSM).

“The UHRC should investigate, document and address allegations of human rights abuses meted out on artisanal and small-scale miners and landowners in different regions by PMPU and other security agencies,” the statement reads in part.

Amidst the advocacy, it remains to be seen whether there will be any tangible steps by state institutions to investigate the PMPU, which seems to enjoy impunity in carrying out its operations.