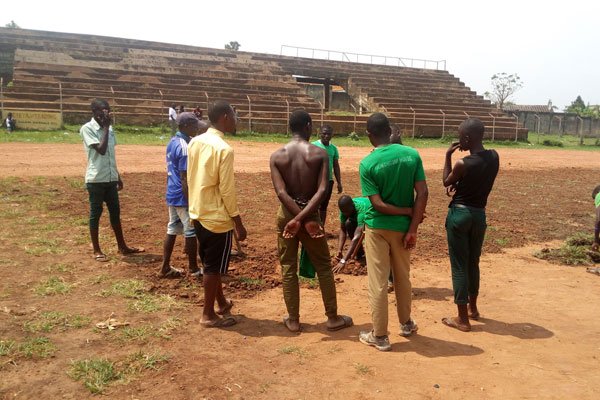 A section of residents and local leaders in Mbale District have protested turning part of Mbale Municipal Stadium into a parking yard for trucks.
The protests follow reports that some municipal leaders during one of their meetings proposed to make part of the stadium a parking yard for lorries. Currently, truck drivers in Mbale town operate from Naboa Road following the alleged sale of the lorry park.

Several storey buildings belonging to businessmen have since been constructed on the land in question.
But the Mbale deputy town clerk, Mr Kenneth Khatuli, said on Tuesday that the idea of turning part of the stadium into a park was proposed by some people who attended the meeting and is not a council decision or recommendation.
Mr Khatuli blamed taxi operators for spreading wrongful propaganda for selfish interests.

“This is a deliberate false propaganda by taxi operators to distort council efforts of reorganising all taxis to operate in taxi parks. The taxi industry is run mostly by people who are neither taxi owners nor operators,” Mr Khatuli, said.
But the residents say the council leaders have a hand in the matter and that they are now targeting the stadium.
“We will not allow to lose this stadium. We have already lost many open places such as the children recreation centre, Uhuru Park and Lorry Park, among others,” Mr Joseph Nagwere, a resident, said.
Mr Nagwere appealed to the National Council of Sports to take over management of the stadium in order to protect it from land grabbers and corrupt municipal leaders.
Mr Jimmy Wadada, another resident, said although the municipal council authorities hire out the stadium to host different activities, they do not remit any funds for its maintenance.

“The leadership has failed to rehabilitate the stadium and yet they collect a lot of money from the facility,” he said.
Built in the 1950s, Mbale Municipal Stadium has no water supply and sanitation facilities while its dressing rooms are in sorry state.
The construction of the stadium started in 1984 by the Uganda People Congress (UPC) government but the works stalled after the regime was toppled.
Last year, the residents with financial support from the Mable Woman MP, Ms Connie Galiwango, launched a campaign to renovate the stadium.
The campaign saw grass planted on the pitch although the perimeter wall and pavilions remain incomplete and dilapidated.
The president of Mbale Heroes Football Club, Mr Uthuman Mugoya, said giving away part of the stadium will be a big mistake by authorities and that it will affect the sports fraternity.

“We are now warning them to stay away from the stadium because we shall not sit back and watch,”Mr Mugoya said.
Mr Zubairi Galiwango, a board member of the National Council of Sports, said: “Mbale stadium is among those that President Museveni promised to rehabilitate and this will soon be done.”

Mr James Kutosi, the Mbale Municipal Council spokesperson, reiterated that Mbale Municipal Council has no arrangements whatsoever to relocate truck drivers to stadium as is being alleged.
“I can never protect such selfish leaders who might be pushing for such unforgivable mistakes,” he said.
Recently, Mr Paul Batanda, the Mbale town clerk, said they need more than Shs35b to rehabilitate the facility.