IN September 7, 2020 BY witnessradio.org 381 views Leave a comment
Livelihood 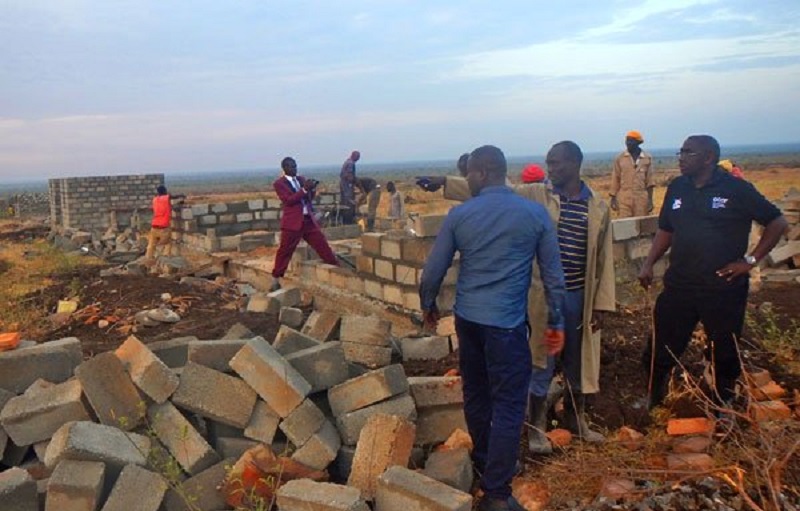 Landslide victims at the Bunambutye Resettlement Site in Bulambuli District have asked government to give them land titles ahead of the 2021 General Election.

A section of the victims told Daily Monitor on Wednesday that they need land titles in order to prove ownership of the land they are currently occupying in case of change of government.

“We fear that in future, we might be chased away. That is one of the issues, we want our government to address,” Mr Nathan Wanasolo, the chairperson of the landslide victims, said.

Mr Richard Zanga, also a victim, said despite the land for farming and shelter that they received, the lack of documentation to verify proof of ownership may result in problems in the future.
“In case of change of government, we may be evicted,” he said.

Close to 241 families, comprising more than 4,000 people from different landslide prone- districts in Bugisu Sub-region, have so far been resettled at the site. The relocation exercise started in May, 2019.

The victims claim that their land, which they left in their ancestral districts, was allegedly been taken over by government, so they see no reason why they cannot be given titles.

Mr Godfrey Kaima, the undersecretary for refugees and disaster in the Office of Prime Minister, said the issue of land titles will be addressed as soon as possible.

“It is an issue, which will be fast tracked now that they claim they do not have any form of documentation to show ownership,” Mr Kaima, said.

Mr Kaima made the remarks during the inter- ministerial meeting, which took place at the site to, among others, assess the progress of the ongoing construction of Bunambutye Primary School and the health centre on Wednesday.

Some of the government officials, however, said giving land titles to the victim is a risky venture because they may use the opportunity to sell off the land.

He added that government is committed to ensuring the victims are settled without any disruptions.
Ms Rose Nakabugo, the acting commissioner for disaster preparedness and management, said they have phased out food supply to the victims, who were resettled in the first phase of the project.

“The victims, who were resettled in the first phase, have grown their own food and they are now self-reliant,” Ms Nakabugo said.

She, however, said those who resettled in the second phase, about 140 households, will continue receiving food until December.

Ms Nakabugo said some activities such as extension of electricity to houses constructed in the second phase, has delayed to take off due to limited funding in the first quarter.

“We have been having challenges of funding but we hope that in the second quarter we will get enhanced funds,” she said.
However, some of the victims told Daily Monitor that government should have given them at least until the end of the year before food supply was stopped.

“It is true, we have grown our own crops but we are not yet ready to feed ourselves,” Ms Rehema Mulongo, said.
Mr Alfred Tsekeli, the Bulambuli District production officer, said the victims have grown different food crops.
“They have grown crops but among the crops, only maize was affected by the army worms,” he said.

Inside battle for land to resettle Bududa victims