Inside battle for land to resettle Bududa victims

IN October 18, 2018 BY witnessradio.org 906 views Leave a comment
Livelihood 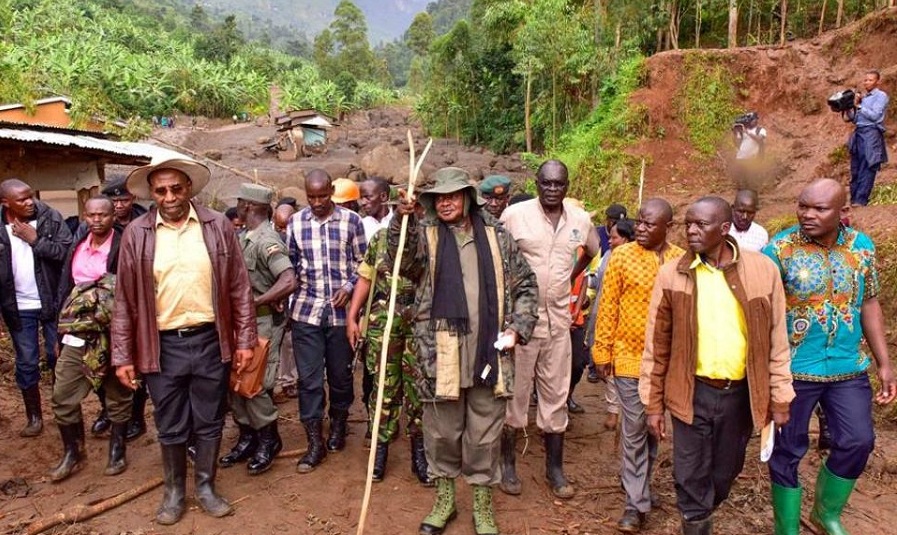 KAMPALA. As government prepares to resettle victims of the Bududa mudslide disaster on a disputed Shs8b land at Mabaale Village, Bunambutye Sub-county in Bulambuli District, the claimants say they must first be paid and resettled.
The claimants that comprise 18 clans say their quest for justice has been frustrated by the Office of the Prime Minister (OPM) and other government authorities.

The group also say they have petitioned in vain the Commission of Inquiry into Land Matters chaired by Justice Catherine Bamugemereire to intervene in the dispute between them and Simu Oil (U) Ltd, a company they say allegedly forged land titles to sell their land.

Mr Hakim Chemsuto Konyi, the secretary of the land owners, says Justice Bamugemereire has not called them to testify about the alleged fraudulent sale of their land by Mr Mudimi Wamakuyu, the Elgon County MP, through his company Simu Oil (U) Ltd.
Mr Konyi told Daily Monitor yesterday that their first petition under reference MBL/18/2017 was filed last November when the land commission camped in Mbale. He says their second petition under reference LI/41/2018 was filed in Kampala early this year but both files have never been acted on.

“The Commission has never written to us to show they are investigating our complaint following the two petitions. We recently wrote to the Secretary to the Commission to seek information about the status of our petitions but got no response,” Mr Konyi said.

“After the mudslides of last week, we have heard that the government is taking the people of Bududa to our land. This is not acceptable because the same government has never listened to our grievances,” he added.
Cabinet has already approved more than Shs32 billion to be used to urgently resettle 6,300 victims of the October 11 mudslides.
Mr Ebert Byenkya, the spokesperson of the land probe, yesterday confirmed that they received the petitions but have not been able to commence investigations because of financial constraints.

“It appears we have the files. They have not been investigated yet due to resource constraints. Unfortunately, we have a huge number of complaints and investigating all simultaneously is difficult,” Mr Byenkya said.
Asked what action the land probe will take now that the government has moved to resettle the victims of the mudslides on the contested land, Mr Byenkya said their team will prioritise the matter and investigate it.

Claimants attack government
The land claimants say they only learnt of the government move to buy the 2,800 acres of land through the newspapers because Mr Mudimi has never engaged them and neither is he a member of their community.
“No one is going to bring these people on the land before we are both compensated and at the same time resettled elsewhere. We shall defend this land because there are people in government who benefitted from the fraudulent sale,” Mr Konyi said.

In September 2014, the State minister for Relief and Disaster Preparedness, Mr Musa Ecweru, and other OPM officials were forced to flee after a charged crowd attempted to lynch them when the team went to open the land boundaries.
Armed with clubs, the residents of Tobagony Village in Bunambutye Sub-county chased Mr Ecweru, OPM permanent secretary Christine Guwatudde Kintu, assistant commissioner Rose Nakabugo and others from the land bought for resettlement of Mt Elgon mudslide victims.

This newspaper has seen a copy of a letter issued on August 21, 2017, by Ms Mary Namusilo, the secretary to Bulambuli District Land Board, stating that the lower local governments are in support of the 18 families who they consider the rightful owners of the contested land.
The group, which includes communities from Bagisu, Nandi, Banyoli, Sabiny, and Masai, were displaced from the land by armed Karimojong cattle rustlers in 1965.

Asked about claims that she superintended over the purchase of a contested land for the resettlement of the landslide victims, Ms Guwatudde said she had received genuine land titles from the selling company.
“It is impossible because I inspected the land myself and I have the land titles. Nothing else I can say about that because I have my land titles, but people just want to talk about what they do not know,” she said by telephone yesterday.

Original seller speaks
Mr Wamakuyu was not available for a comment yesterday. However, in a February interview, he denied allegations of forging the title for the land.
He admitted that Simu Oil (U) Ltd, a company where his wife is a director, sold the 1,680 acres on plot 10 to OPM but said the land title in question was issued to Bamasaba Cooperative Union by the Uganda Land Commission in 1971. He said the land title was later transferred to his wife’s company when it bought the land in 2012.

“Whoever says the land title is forged should ask the Uganda Land Commission, which gave out the title to Bamasaba Cooperative Union in 1971. And the land is not for those who are claiming it. They are masqueraders and should be asked to produce the forged title. The claims they are talking about were investigated and cleared,” Mr Wamakuyu said.