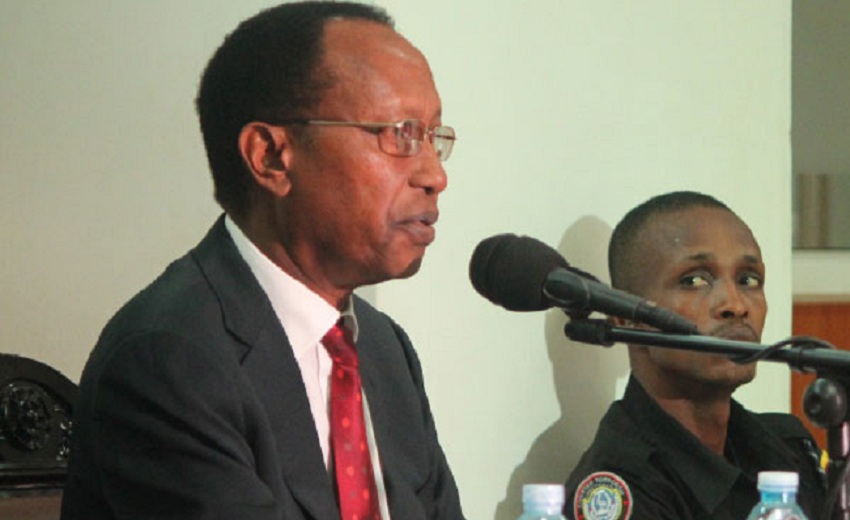 The wrangling over ownership of a 366-acre piece of land held by National Social Security Fund (NSSF) at Temangalo in Wakiso District, has taken a new twist after businessman Amos Nzeyi was accused of forging numerous documents before selling the same disputed land to the Fund.
Mr Abbas Kajoba Mawanda, a retired banker, who is said to have sold the land to Mr Nzeyi, yesterday described several sale agreements for the purchase of the said land, application for re-entry and sub division presented by Mr Nzeyi, as ‘forgery’ and distanced himself from the documents.
Mr Mawanda told the Justice Catherine Bamugemereire-led Commission of inquiry into land matters that he sold the 366-acre land to Mr Nzeyi at once and not in phases as Mr Nzeyi claims in his submission to the commission.

Seller ‘shocked’
“I was shocked this morning to see an agreement showing sale of 60 acres purportedly signed by me but the signature is not really mine. I sold Nzeyi one title of 366 acres and I have never sold to him in pieces. I doubt the sale agreement of 60 acres with Nzeyi because I did [sign] only one agreement for the whole land,” Mr Mawanda testified.
The Commission has re-summoned Mr Nzeyi to explain the accusations of forgery and the gaps in his testimony. By press time, the commission had not decided the date Mr Nzeyi would reappear before it.
Mr Mawanda appeared before the land probe commission following Mr Nzeyi’s testimony in which he testified that he purchased the disputed land from the former Uganda Development Bank managing director.
Mr Nzeyi explained that he took interest in the land in 1988 with a view of establishing a dairy farm but acquired it in phases from Mr Mawanda, whom he said he got to know in 1975.
Evidence before the land inquiry shows that at the time Mr Nzeyi acquired the land in dispute, the family of Muhammad Hassanali Moosa had a running lease granted by deceased businessman Daniel Mugwanya. The family of Moosa has also accused Mr Nzeyi of grabbing their land. They have since petitioned the commission seeking justice.
It is alleged that the land was registered in the names of M/s Temangalo Tea Estate, a company owned by the Moosa family before they were expelled by the Idi Amin regime.
But Mr Nzeyi said any questions can best be answered by Mr Mawanda and his former lawyers of M/s Sebalu and Lule, whom he chose due to their reputation and knowledge about land in Buganda.
It is alleged that Mr Nzeyi fraudulently acquired and occupied the disputed land on Block 296 Plot 20 in Busiro in 1993 while it was registered in the names of M/s Temangalo Tea Estate.
Evidence presented before the land probe shows that Mr Nzeyi sold the land to NSSF in 2009 amid ongoing proprietorship disputes.
Mr Mawanda, however, explained that he bought the said land from his in-laws after the death of his father in-law, Hajj Ahmed Musajjatagayibwa Ssekulima, in 1983, when they wanted money to pay school fees and other necessities.
“My mother in-law told me that Sekulima was allocated that land by government in 1981 and that there was a little lease left. And when the title comes, the Mailo interest owner would take over the land. I approached Kato Mugwanya the Mailo land owner and he sold me the land,” Mr Mawanda added.
He said the land was bushy with big old trees but he did nothing on the land until he sold and transferred it to his friend Mr Nzeyi, the man he has accused of forging documents.