IN October 23, 2018 BY witnessradio.org 866 views Leave a comment
land, livelihood and investment Livelihood 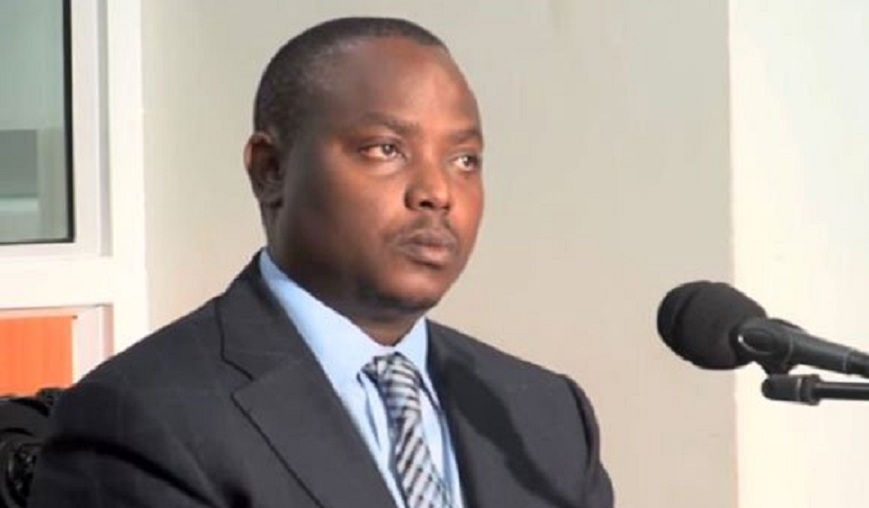 State Minister for Water Ronald Kibuule has been named before the land inquiry for backing eviction of hundreds of families from a 488-acre land comprising three villages in Nama Sub-county, Mukono District.
Lawyer Peter Muliira accused Mr Kibuule of backing businessman Dick Kihangire Banoba in the evictions and demolition of buildings and property worth millions of shillings.

It is alleged that Mr Banoba deployed armed men and security personnel including the police to commit acts of violence during the eviction from land whose ownership is under contest in court with the family of the late Ham Mukasa.

“I have never met Banoba but he is fronting Minister Kibuule. Whenever we have problems on Ham Mukasa’s land, Kibuule is everywhere in Ham Mukasa’s land,” Mr Muliira.
He made the accusations against Mr Kibuule on Friday while testifying before the Justice Catherine Bamugemereire-led Commission of Inquiry into Land Matters in connection with Mukono land disputes involving the Ham Mukasa family and other developers.

Desperate. One of the angry residents (centre) on the contested land speaks to members of the Commission of Inquiry into Land Matters in Mukono District on October 12. PHOTO BY JESSICA SABANO

This is the second time Mr Kibuule, the Mukono North Member of Parliament, is being mentioned in land matters.
In January, Mr Kibuule was accused of fraudulently acquiring land measuring more than 85 acres on Block 369, plot 10 at Kigaya-Golomolo in Buikwe District.

However, government has since cancelled the land titles held by Mr Kibuule, saying they were issued in error.
Mr Muliira, who also accused an unidentified High Court judge of advising Mr Banoba on the eviction processes, told the Land Inquiry that his family has suffered frustrations in following up the late Ham Mukasa’s land which has led to death of his relatives due to stress and accusations of being thieves of their own land.

“We have buried people who have died due to stress and resistance on land because we cannot get assistance from any office. It is unbearable and we cannot take it anywhere,” Mr Muliira said, accusing officials in the administrator general’s office of perpetrating the fraud.

Mr Muliira said several people were allowed to fraudulently get letters of administration and that multiple and overlapping titles were issued on the Ham Mukasa’s land to defeat them from accessing justice from the relevant authorities.

According to Justice Bamugemereire, the Commission is investigating how a court order was procured to evict people amid ongoing investigations into the ownership dispute over land.
During an impromptu fact-finding tour of the land, angry residents appealed to the Commission officials to prevail over Mr Banoba to enable them temporarily repossess their land for both cultivation and accommodation until investigations and court cases are determined.