IN October 25, 2018 BY witnessradio.org 946 views Leave a comment
land, livelihood and investment Livelihood 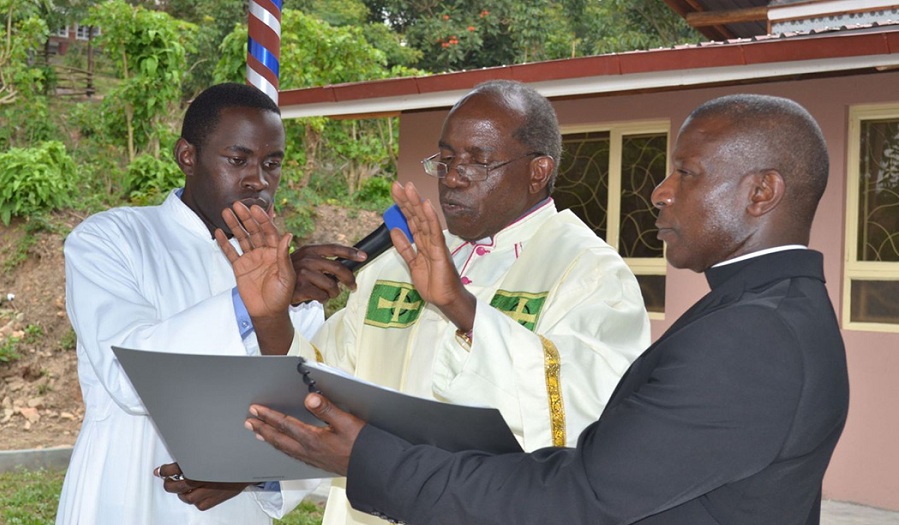 “It is not true that the church obtained the lease for its land at Ntinda from Uganda Land Commission fraudulently. The church followed due process in applying and processing the acquisition of the lease. The records of the Uganda Land Commission, specifically under minute ULC/13/2015(A)(592) bear this out,” Monsignor Charles Kasibante, the vicar general of Kampala Archdiocese said in a press conference yesterday.

After establishing St Charles Lwanga Catholic Parish four years ago, the church thought about developing the school that borders the church. They moved to the Uganda Land Commission and applied to be given the lease, which the commission did after assurances that it was going to just redevelop and modernise the school.

In its plan, Kasibante said, the church hoped to modernise the school which has about 900 students according to KCCA figures; introduce school fees paying pupils while at the same time maintaining its UPE cohorts.

Kasibante said the less privileged pupils would access the same education standards and facilities as those enjoyed by the school fees paying pupils and thus lifting the standards of the community as a whole. However, when they submitted their development plan to KCCA for approval, it was rejected on the premise that the authority still had interest in the property.

“The church made its development plans for the development of part of that land which included expansion of the school by erecting an additional classroom block and submitted the same to KCCA for approval but the plans were rejected by KCCA in their letter dated April 16, 2018 claiming that they have a property interest in the school,” Kasibante said.

He also dismissed as false allegations that once acquired, the church would raze down the school and replace it with shopping malls. He said whoever claims thus, must bring evidence to prove their allegations.

The commission of Inquiry into land matters which is headed by Justice Catherine Bamugemereire recently visited the disputed land where it met with the school management committee and other officials from KCCA but excluded the church. This Kasibante said was against the principle of natural justice that guarantees a hearing of both parties to a conflict.

When contacted for a comment, the head teacher of Ntinda primary school Gulaale Paul declined to comment saying the issue is well beyond him.