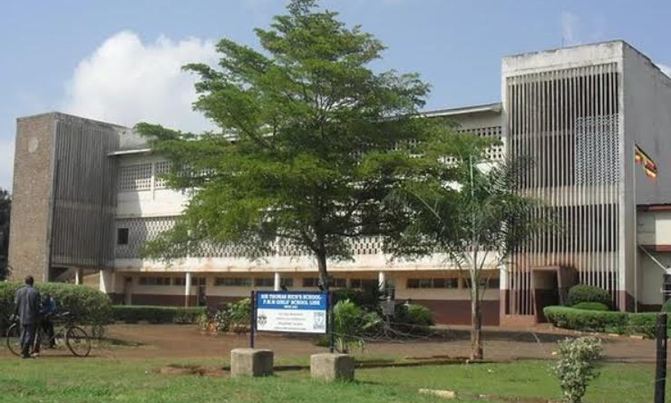 The girls’ school was founded by Madhvani Group of Companies in 1958 in memory of a Madhvani matriarch, Parvatiben, who died about 200 years ago.

The New Vision has learnt that ULC had allocated the school’s land located on Plots 25-37 along Mvule Crescent in Jinja City to a real estate firm named Arkan Property Masters Limited.

New Vision has seen a letter written by Arkan’s managing director, Masoud Mohammed, dated July 9, 2020 addressed to the chairperson of PMM Girls School, expressing their interest in developing the land.

“In May, 2019 while on a business trip in Jinja, we identified the above-described land, which is registered in the names of ULC and PMM as the user. We are interested in developing part of this land and also construct for the school a library and staff quarters on the remaining portion to accommodate your critical staff,” Mohammed indicated.

The real estate firm proceeded to controversially subdivide the land into plots, which they now intend to sell to members of the public.

An official from the Madhvani Group noted that they had submitted several requests to the lands ministry for the property in question to be transferred to the school.

“We had partners who wanted to fully develop the school by constructing a playing field, library, dormitories and staff quarters on the remaining piece of land but then they wanted the title in the schools names but officials from ULC blocked our request,” the official noted.

The official further noted their plans for developing the land had been approved.

On September 5, 2014, then chairperson of ULC Baguma Isoke, in his letter to the secretary of Jinja Land Board, blocked attempts by some commission members to attempt leasing the land.

“Please be informed that I have since been briefed by my staff that contrary to information the different applicants had presented to me, this land is actually registered under ULC and was reserved for use by PMM Girls. This implies that the land is not available for allocation and by consequence therefore, the aforementioned letter of August 11, 2014 is withdrawn,” Isoke wrote.

“Please prepare a freehold title in the names of ULC to be held in trust for Jinja Girls Secondary School,” Laker indicated.

On July 10, 2020, Benon Kigenyi, the acting ULC secretary, wrote to the principal land officer, directing him to stop individuals who were attempting to survey the land and mutate the land title, warning that it was registered in the commission names.

“ULC has learnt that some unknown persons have been at locus with a view of surveying the said land. I wish to inform you that ULC has not issued any instructions to survey this land,” Kigenyi stated.

New Vision has however learnt that on Thursday last week, ULC chairperson Beatrice Byenkya and Kigenyi visited the disputed land and accused the Madhvanis of being land grabbers. Sources who attended the meeting told Sunday Vision that Byenkya accused Madhvani of holding onto the said land for many years without development.

Byenkya confirmed visiting the land but declined to comment, noting that she would give a lengthy explanation later. “Please leave me alone for now,” she said.

The Madhvani Group of Companies is now petitioning the education miniser Janet Museveni and Speaker of Parliament Rebecca Kadaga to intervene.

“We request for the intervention of Government because, as a company, we have greater plans for the girl child,” a Madhvani official said.

PMM Girls’ is one of the few outstanding day girls’ schools that gave access and opportunity for the education of most of the girls in Jinja and Busoga sub-region.

Mubende evictees yet to get own homes 10 years later

GOD’s Temples are now a target by Uganda’s businessmen 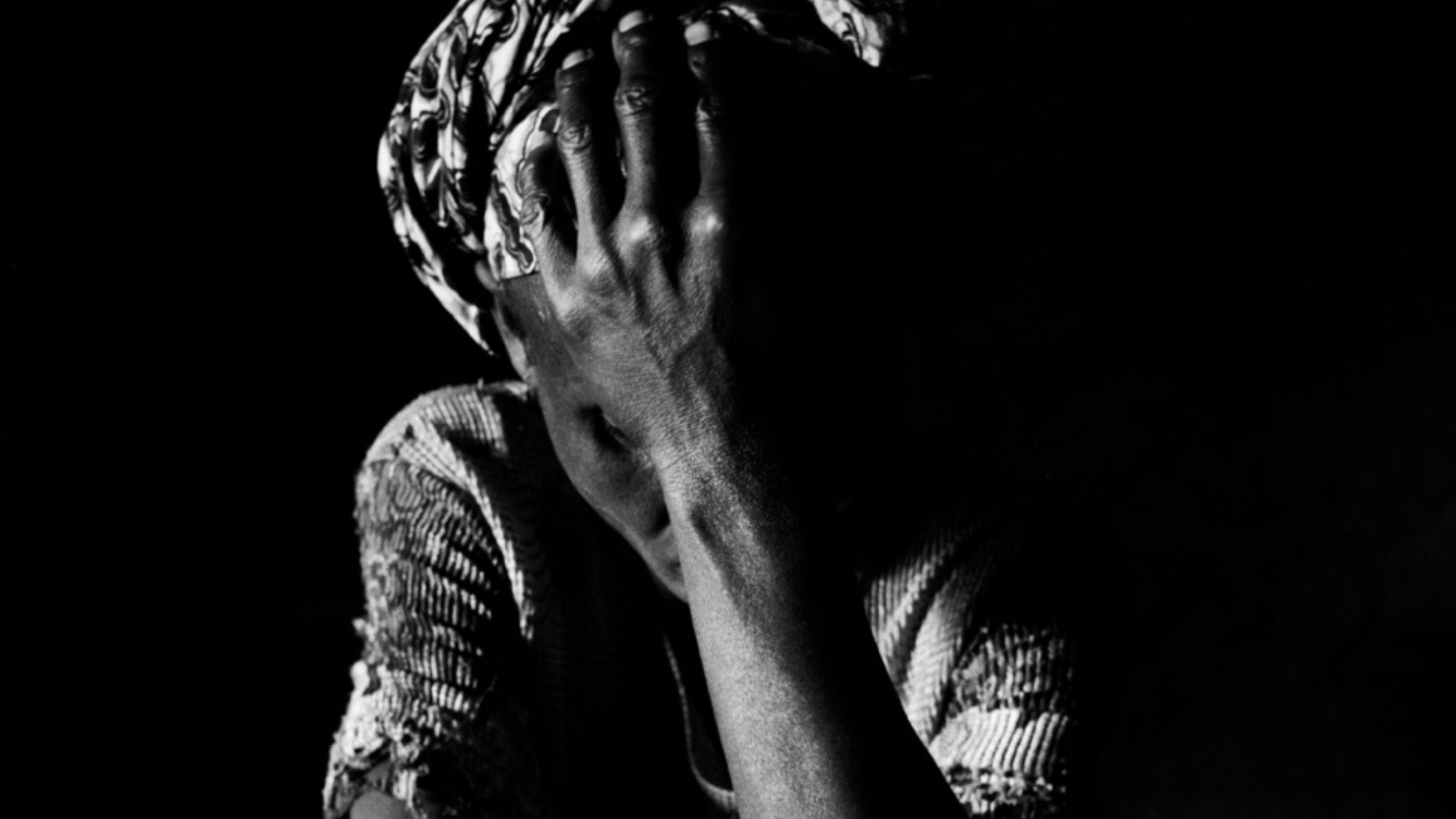 Kiryandongo-Uganda -Anna Maria Mukabariyanga a mother of four is one of the people that have tested the wrath of Kiryandongo Sugar Limited. It’s one of the multinational companies that have evicted over 35000 people to pave way for different projects

Mukabariyanga a resident of ranch 23 was attacked by security operatives of Kiryandongo Sugar, beaten, and thrown out of her house on the fateful night that left many homeless.

She was pregnant and in the process, she had a miscarriage.

“I was 8 months pregnant when the armed operatives attacked us, beat me up on the back. My husband was away and had no one to come to my rescue. I was thrown down by one of the evictors who continued beating me,” Says Anna Maria Mukabariyaga.

“In five days, I started bleeding but could not go to the hospital because I did not have money and later on I lost my lost child. However, I was later taken to Kiryandongo Hospital by neighbors in the area I had moved to”. She adds.

Such violent repression is the tale of villagers in Kiryandongo who were never consulted or given information privy to the eviction.

“I heard notices over the radio that, people should prepare to have their land valued for compensation but that did not trickle down to us in form of meetings”. Said 78-year old Bakaikara Edward, a resident of Kakoba village, Kitwala Sub County in Kiryandongo district.

“I was born and raised on this land by the late Kamiri Kajula. My siblings and I have been staying here since childhood. They cultivated and lived on 400 hectares as a family”. He narrates.

“I had also developed the land as a farmer, but all crops were destroyed, I have nothing to feed the family on.” He added.

“Our hearts are broken. Our children are not going to school and we do not have food. We are very angry and hungry too,” Another resident only identified as Joyce chorused in as Mr. Bakaikara told his story.

Before the agribusiness companies came in, Badudu and the other small farmers of Kiryandongo planted beans, maize, sweet potatoes, bananas, groundnuts, cassava, and mangoes, and reared pigs, goats, and cows.

Much of their former land is now occupied by sugarcane, coffee, soya, and maize which are all solely exported for profits.

Joseph Walekula one of the community leaders in Kiryandongo says, many people have been turned into beggars and reduced to working on land that they used to own.

“When Kiryandongo sugar company limited came in, people lost their land, no due compensation was done. Many people joined refugee camps where they live up to now, others ran away, and we don’t know where they are.” Says Mr. Walekula.

This is all happening under the watch of government bodies and security agencies like Police that have instead turned against the communities in defense of the investors.

Kiryandongo Sugar is owned by the Rai dynasty operating agribusiness and timber activities in DR Congo, Uganda, Kenya, and Malawi. One of its directors is a shareholder of a British Virgin Islands company, which was listed in the Panama Papers database

It arrived in 2017, owns about 2400 hectares of sugarcane plantation project in Kiryandongo, and one of the three multinational projects that have continuously evicted people in the area.

Others are the; Great Season SMC Limited, a Dubai-based company reportedly owned by Sudanese businessmen building a coffee plantation on 1,165 hectares, and Agilis Partners, a company owned by US businessmen and backed by several foreign development agencies and “social impact” investors establishing a large-scale grains farm on around 3,850 hectares. 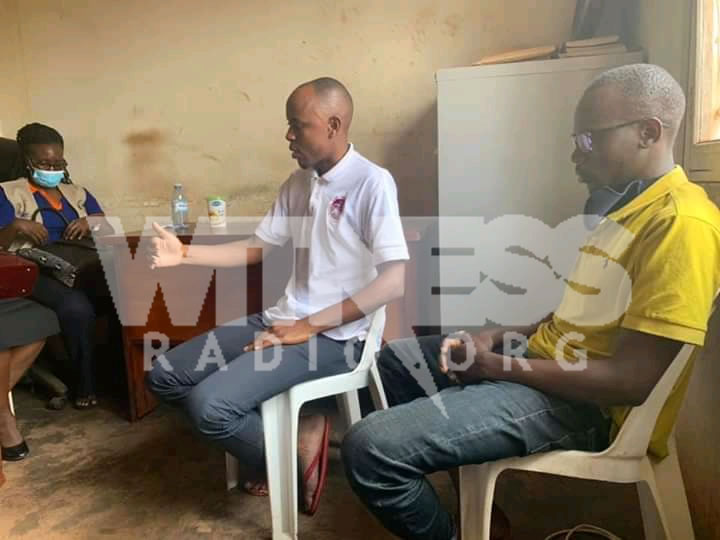 23rd/12/2020; Kampala – Uganda – It is confirmed that the five lawyers that were abducted by unidentified armed men are being held at the Special Investigation Unit (SIU) of police based at Kireka, a Kampala suburb. The development happened after lawyers, and the Uganda Human Rights Commission (UHRC) were granted access to speak to them today. UHRC is a constitutional body in Uganda mandated to protect, promote, and uphold human rights in Uganda.

According to Esomu and Odur, they were beaten inside a van that was used to abduct them and they had bruises on their body. While Nicholas Opiyo was in a jovial mood at the time of speaking to lawyers and UHRC teams.

Elly Womanya, the SIU commandant confirmed that the victim lawyers were given medication at their arrival, however, did not name which agency abducted the lawyers.

At the time of writing this article, all the victim lawyers had no idea about the cause of their arrest, had not recorded statements and no charges were preferred against them.

However, via its social media channels, police accuse Opiyo and the four of money laundering.

The five lawyers yesterday at 2:45 PM Uganda time were abducted from Lamaro restaurant in Kamwokya, a Kampala suburb.