IN July 17, 2019 BY witnessradio.org 408 views Leave a comment
land, livelihood and investment Livelihood 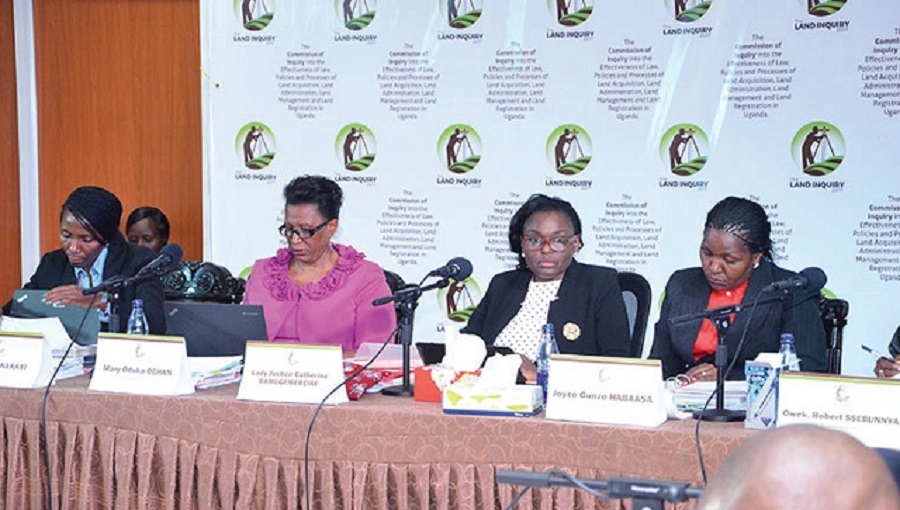 The affected residents opened up during a community Baraza organised by the Justice Catherine Bamugemereire Land Commission. They told the Commission that they have exhausted all avenues to regain their land in vain. They told that Commission that whenever they have tried to seek redress, state apparatus including district officials, police and other agencies trample on them.

Sande Lokii Samaria, 61, a retired Police Sergeant broke down before the Commission while speaking about her land that was reportedly given to Nakapiripirit Primary School without her knowledge. Sande explained that the land grabbers left her family without any land or bother to explain their actions.

She alleges that some of the local leaders shared her family land and have been selling it in form of plots.  Sande says she has been battling the case for the last 16 years without any success.

He told the Commission that the land was given out without consultation with the family or any compensation. He revealed that attempts to follow up the matter have been frustrated by district officials whom he accuses of hiding documents relating to the land.

As Losike continued to expose the officials, Philip Lodoumoi, the Principal Town Clerk Nakapiripirit Town Council told the Commission that the said land was swapped with Moroto Catholic Diocese.

Cecilia Sagal, a resident from Moruita Sub County in Nakapiripirit district accused Fr. Henry Drajeru, the Karenga Parish Priest in Amudat of grabbing part of her father’s land measuring about 80 acres in Moruita Sub County.  Although the priest didn’t attend the Baraza, Sagal alleges that she is being forced off her land because she is a woman.

Justice Catherine Bamugemereire was surprised by the revelations from the community against acquisition of land for public use. She said the matter needs to be discussed and handled in proper manner.

She urged government institutions to exercise transparency in land acquisition processes for public use.

Nakapiripirit serves as a food basket for people in Karamoja because of its fertile soils. Many potential farmers are securing land in the area for agriculture.