IN July 17, 2019 BY witnessradio.org 692 views Leave a comment
land, livelihood and investment Livelihood 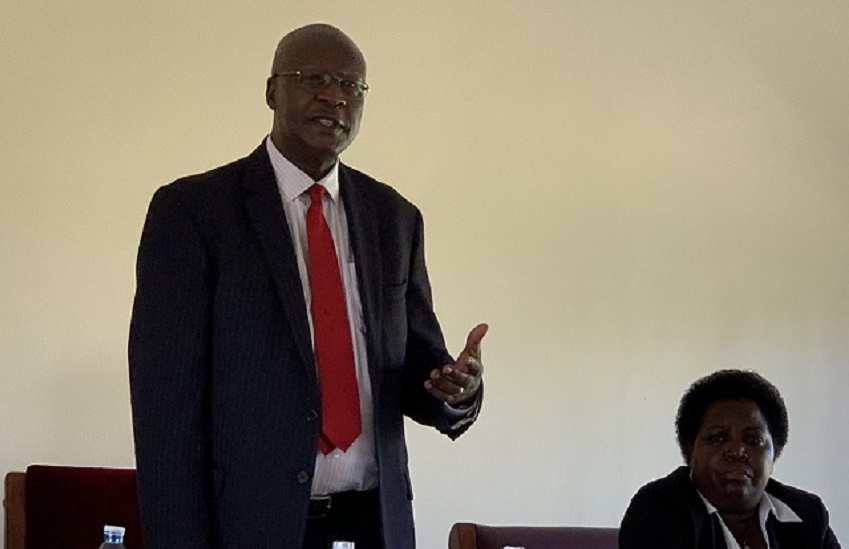 Kampala, Uganda | THE INDEPENDENT | The Chief Justice, Bart Katureebe has tasked Justice Joseph Murangira to respond to the allegations of bias leveled against him by more than 3000 people evicted from their homes in Mubende district.

In his July 8th letter, Katureebe informs Murangira that he has received a complaint in, which adverse comments or allegations have been made against him. ‘Please give me your responses on the allegations against you so as to enable me respond to the complaints’, reads Katureebe’s letter in part.

The letter is in response to a July 4th petition by more than 3000 evicted from Kambuye, Kyabaana, Kikoono, Lwensanga and Kanseera villages in Mubende District asking Katureebe to remove Murangira from their matter, which is before Mubende High court.

Through their lawyer, Eron Kiiza the petitioned asked the Chief Justice to reallocate their matter to a different judge, saying Murangira had taken sides with their tormentors including businessman, George Kaweesi, his manager Francis Kyeyune, Mubende District Police Commander, Martin Okoyo and the Attorney General.

In their petition, the complainants also noted that Justice Murangira is handling another criminal matter involving some of them charged with murdering a UPDF soldier, Yunus Tabu one those involved in their eviction.

Trouble for Justice Murangira started when he ordered the petitioners to file their submissions before completing pleadings and conferencing in the land dispute. The petitioners noted that the Judge’s actions were strange and that he was rushing justice.

Details of the case

The affected people were evicted from a piece of land measuring 322.5 hectares on October 9th, 2018 on the orders of George Kaweesa who claims ownership. Most of the evictees were resettled on the contentious land in 2002 following their eviction from the land occupied by Kaweri Coffee Plantation Limited, which belongs to Neumann Gruppe, a Germany coffee firm.

In 2013, High Court awarded the affected people Shillings 37 billion wrongful eviction from their land without adequate compensation.  This is not the first time the Chief Justice Katureebe is raising concern about Murangira’s conduct.

In 2016, Justice Katureebe ordered the Judicial Service Commission to investigate Murangira for allegedly causing the disappearance of a criminal court file for eight years.