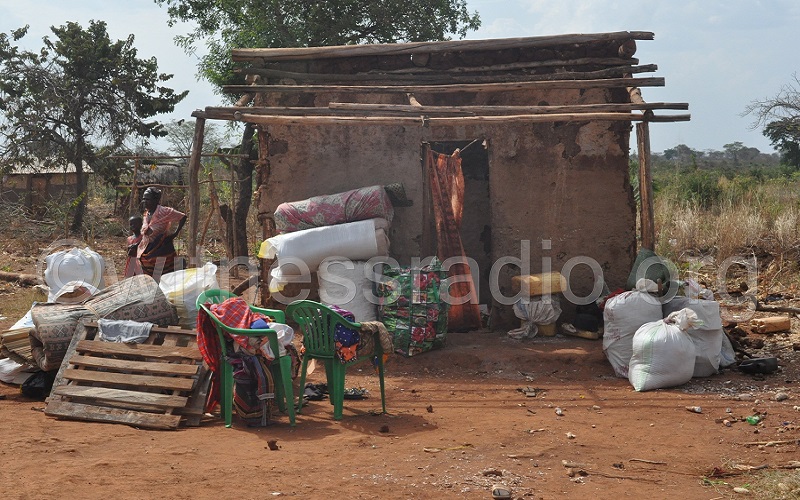 Jospeh Initiative limited, a company funded by United Kingdom’s Department for International Development (DFID) is grabbing about 2000 hectares and forcefully evicting over 2300 families off their land undermining United Nation’s guiding principles on Business and Human Rights. Joseph Initiatives limited is a grain management and trading company based in Uganda, East Africa.

Kiryandongo is part of Bunyoro kingdom found in mid-western Uganda.

Joseph Initiatives also owns Agilis Partners limited, a company targeting land for large-scale agribusiness in Kiryandongo.  Under the protection of Kiryandongo police and Uganda People’s Defense Forces, workers of Joseph Initiatives are burning down houses, demolished dozens of schools and hospitals, cutting down people’s gardens without compensation, illegally detaining outspoken community leaders, using live ammunition and teargas to force natives off their land, which have caused permanent disabilities among local population including a 11 year old boy.

The land in question is part of former government ranches in Bunyoro sub region that was given to Nyamalebe Landless Community by government in early 2000s. The land in particular being targeted is located on ranch 20 and 21 respectively. Majority of natives are smallholder farmers involved in substance farming

According to Kabera James, the chairperson of Nyamalebe Landless Association, the company has never consulted the bonafide occupants on land acquisition, no valuation of properties, no agreed rates for compensation and there’s no agreement between communities and Joseph Initiatives to vacate their land.

“I only remember a rally which was held at Canan trading centre during November, 2017 convened by the police, Kiryandongo Resident District Commissioner, Local government officials, army and area member of parliament Taban Amin among others. It is at this meeting that leaders announced that our land had been given to Joseph Initiatives. They threatened us with arrests and detention should we sabotage the development” Said Kabera.

witnessradio.org‘s investigations indicate that Joseph Initiatives wants to empower 50,000 farmers through community mobilization in sustainable commercial agriculture and a one billion Uganda Shillings equivalent to about USD 250,000 community development budget has been reserved for extension services, training centers, schools, hospitals and infrastructure development among others.

According to Ruth Mabbala, a Joseph Initiatives staff in an e-mail to witnessradio.org said the allegations are untrue and that residents are leaving their land voluntarily.

Among the guiding principles, businesses are required to act with due diligence to avoid infringing on the rights of others and to address any negative impacts. . This thus puts responsibilities to both the state and the private sector to acknowledge their role in upholding and protecting human rights.

witnessradio.org research indicates that Joseph Initiatives has not carried out any human rights Impact Assessment as an international standard to which its funders (DFID) and Uganda government subscribe to.